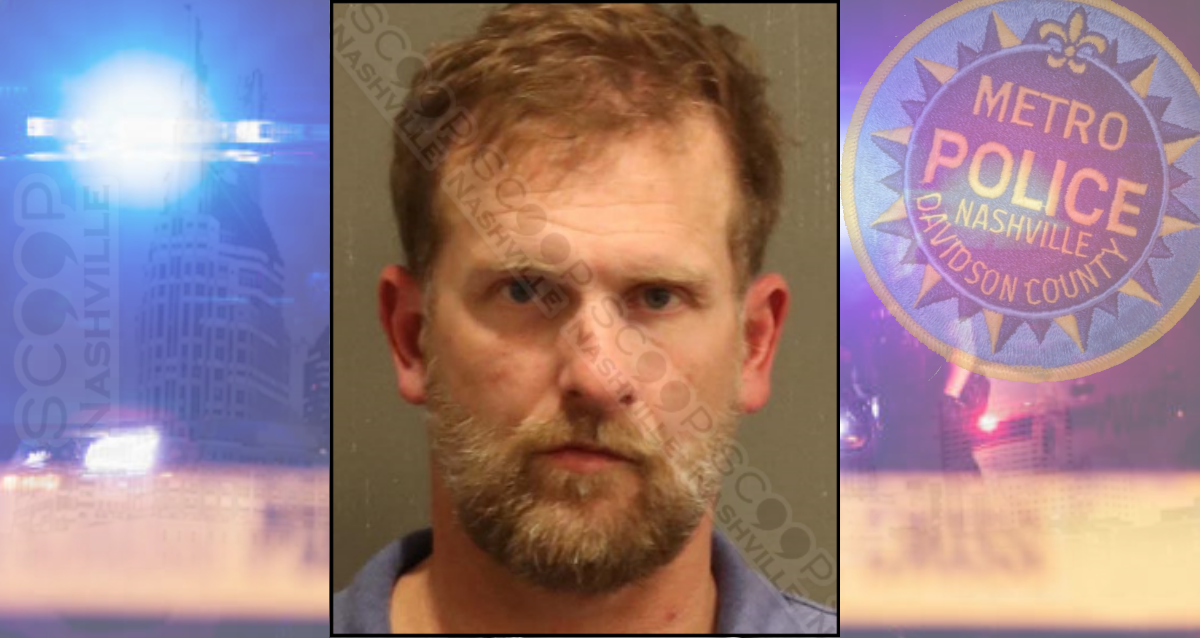 Two weeks after Nashville Police encountered a rowdy 44-year-old Charles Rhodes arguing about a lost wallet at the Tin Roof Bar, they found him in the parking garage of 70 Music Square West, standing outside his car with his pants halfway down. Officer Dallas Johnson says when Rhodes noticed his patrol car he jumped inside his own vehicle and backed up nearly striking the police vehicle. He would eventually fail field sobriety tests and be charged with DUI. 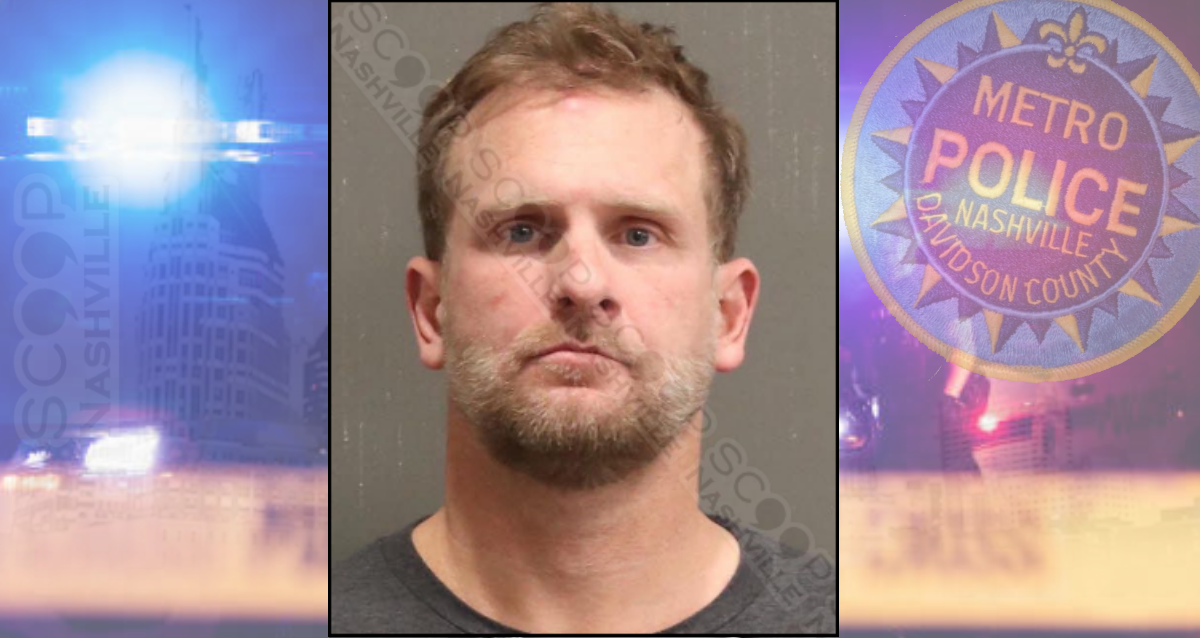