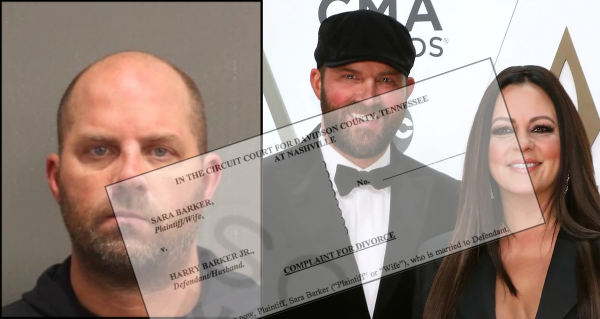 Musician Sara Evans Barker filed for divorce from former football quarterback and radio personality Harry ‘Jay’ Jerome Barker in August of 2021, citing “irreconcilable differences and inappropriate marital conduct”. Jay was not participating in court proceedings, and Sara’s lawyer last month requested a Nashville Judge to enter a default judgment, granting the divorce according to the terms of their 2008 marriage agreement, which would leave both parties as they came to the marriage, with no additional monies or assets granted to either party upon divorce, and removing either party from any asset claims or distribution upon the death of either party if a divorce occurred.

On January 15th, Metro Nashville Police arrested Harry ‘Jay’ Jerome Barker, charging him with felony aggravated assault with a deadly weapon after they say he got into his vehicle and drove in reverse at a high rate of speed in an attempt to ram a vehicle in which his estranged wife, Sara Evans, was a passenger.