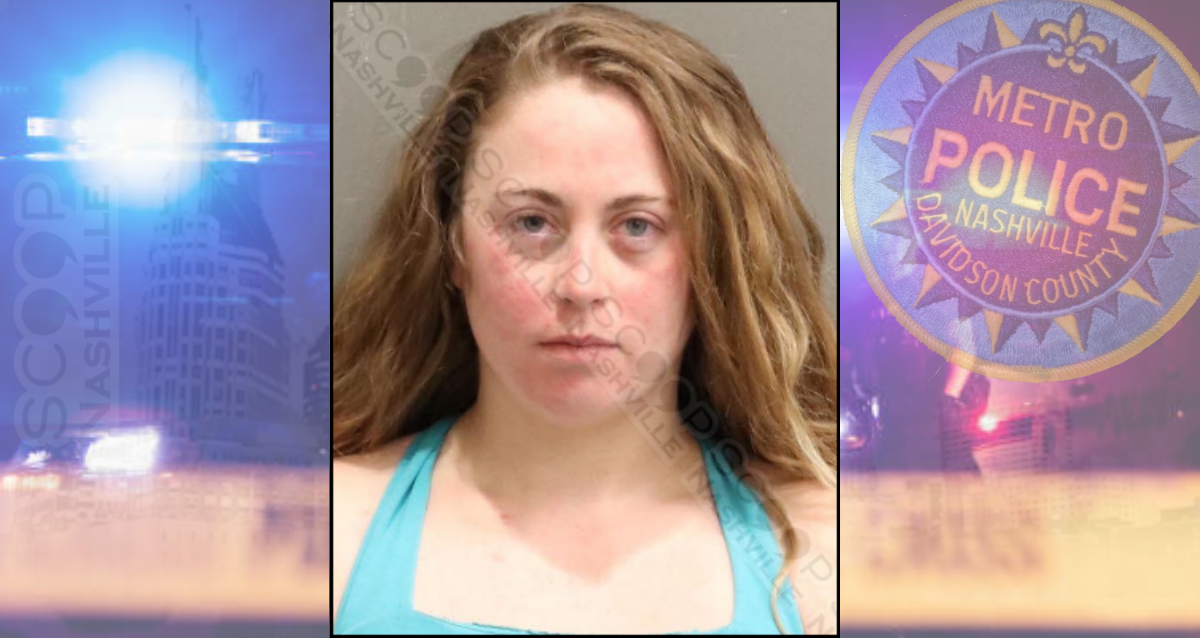 27-year-old Teaira McBride was escorted out of Rebar at the Dam in the early hours of Friday morning after becoming belligerent to other patrons. Once outside, she discovered she had left her phone inside, and she began pounding on the doors attempting to re-gain entry. Once she calmed down the manager opened the door to assist her, at which time she attacked him, ripping his shirt and leaving a large mark across his chest. She then retreated to the parking lot of the Sleep Inn, where police found her lying on the ground yelling and screaming while hotel guests watched her. As they attempted to take her into custody she resisted, refused to put her hands behind her back, and grabbed onto a nearby fence.