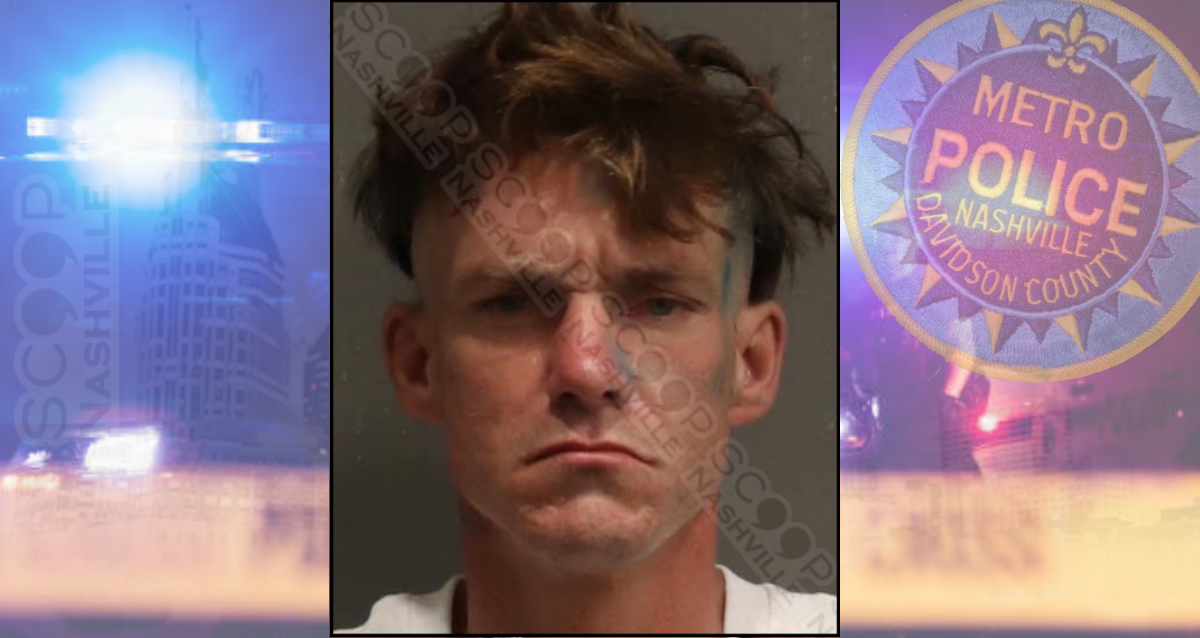 Metro Nashville Police say 32-year-old John Johnson came to the Fresh Market on 4th Ave S. and from outside asked the store clerk to call an ambulance for him. She stated she wasn’t able to do that and told him to leave the property. Upset at the response, Johnson reportedly then walked into the store and grabbed merchandise from the counter, at which time the clerk pepper-sprayed the man with “Sabre Red, Blue Face Pepper Spray” causing him to flee. He returned a short time later with a rock in his hand and damaged the front glass door of the business. He was located a few blocks away and taken into custody.