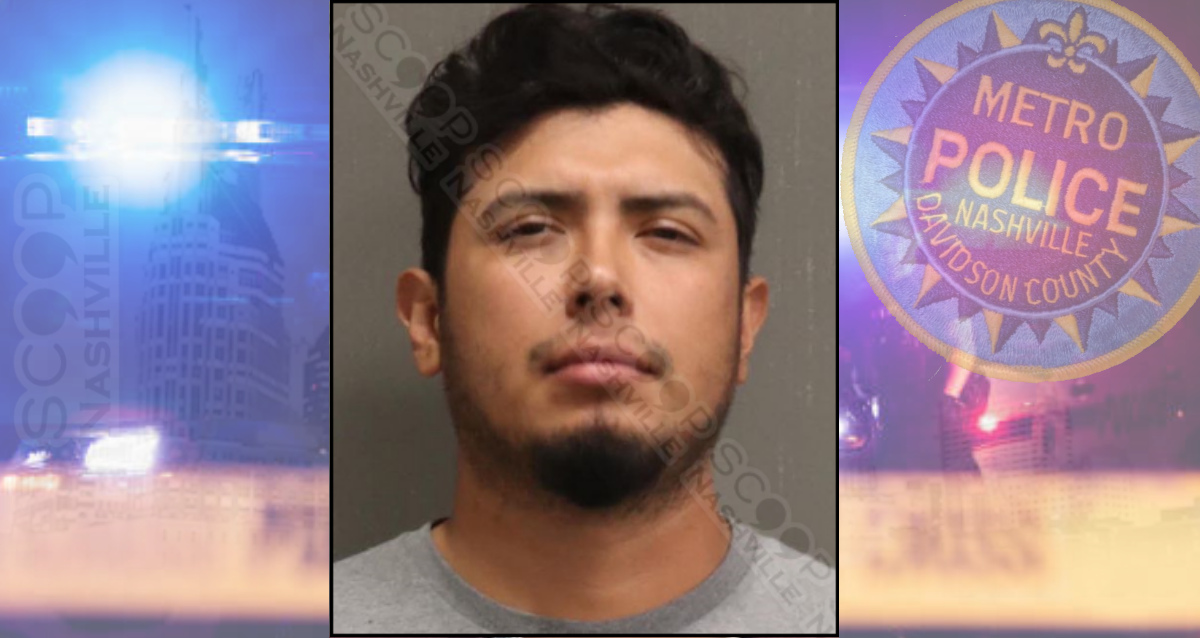 Metro Nashville Police responded to a call for service early Thursday morning at 1st & Gay street in downtown Nashville regarding an apparent fight between two friends. They located 24-year-old Alejandro Trujillo and Victor Martinez, who had been out drinking downtown and were returning to the parking area. When Victor told Alejandro he should not drive due to his level of intoxication and took his keys from him, Alejandro punched him in the face 4-5 times, chipping his tooth and injuring his lip. He was charged with public intoxication and assault, and received a free ride to booking by a designated driver, Officer Damon Hutcheson.