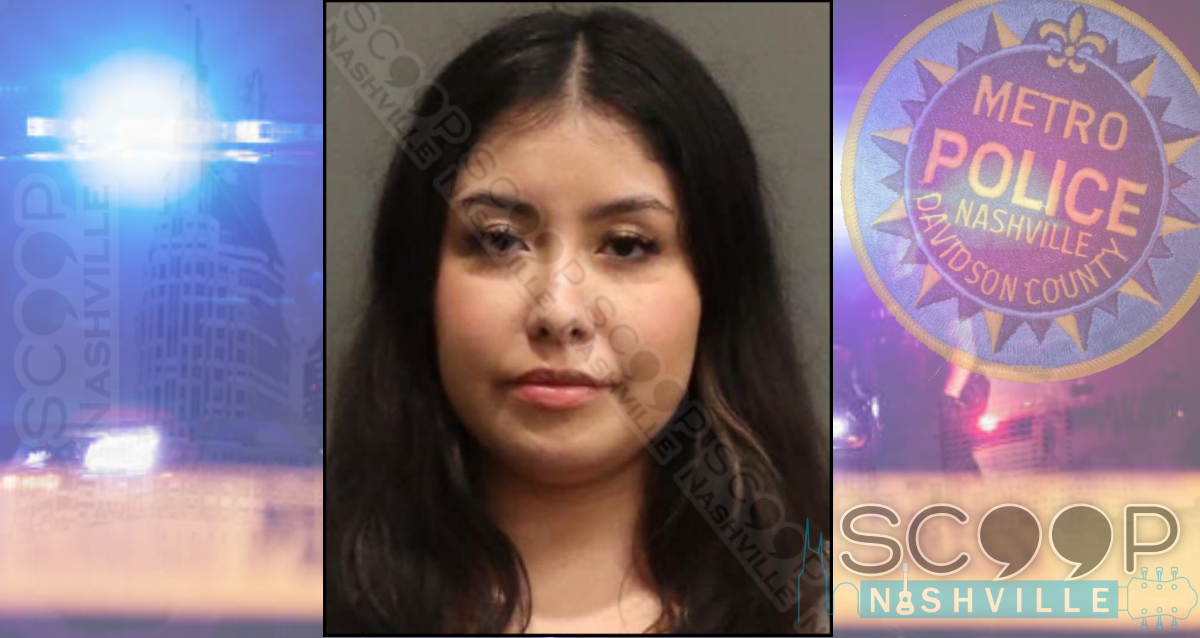 22-year-old Tatiana Maldonado is free on pre-trial release after police say she punched MNPD Officer Peyton Wheatley in the back of the head multiple times in the early hours of Saturday morning. Officers working the Entertainment District Initiative responded to a fight call in downtown Nashville and made contact with Tatiana and her boyfriend, who was in a fight with others. As officers attempted to break up the altercation, the parties were not complying with commands. As Officer Wheatley was attempting to detain her boyfriend, Tatiana struck the officer in the back of the head multiple times. Officer Dennis Diesel took her into custody, and she was charged with assault of an officer. 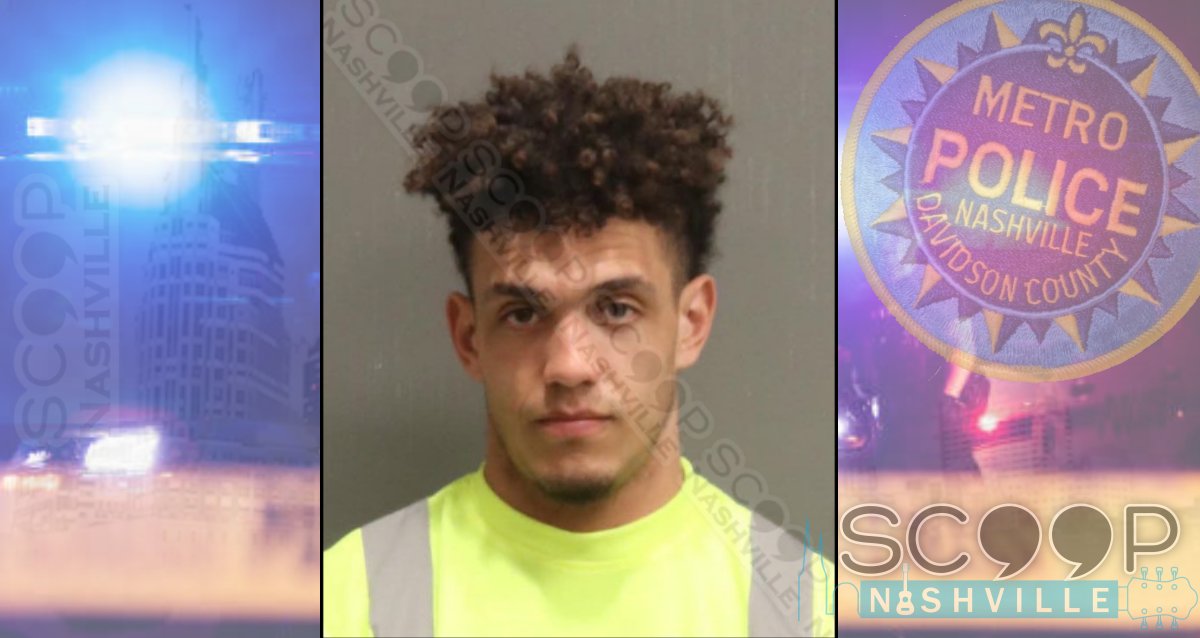 30-year-old Cameron Sathngam drove his 2006 Nissan Maxima into a stranger’s driveway at 4:30 p.m. Wednesday, striking their parked vehicle and colliding with their garage door. Officers arrived and noted his extreme level of intoxication. Cameron stated, “I just hit the car,” but could not recall any events that led up to the crash. He attempted to hand officers his credit card when asked for his proof of insurance. He performed poorly on field sobriety tests and blew a 0.241% BAC on a breathalyzer — more than triple the legal limit. 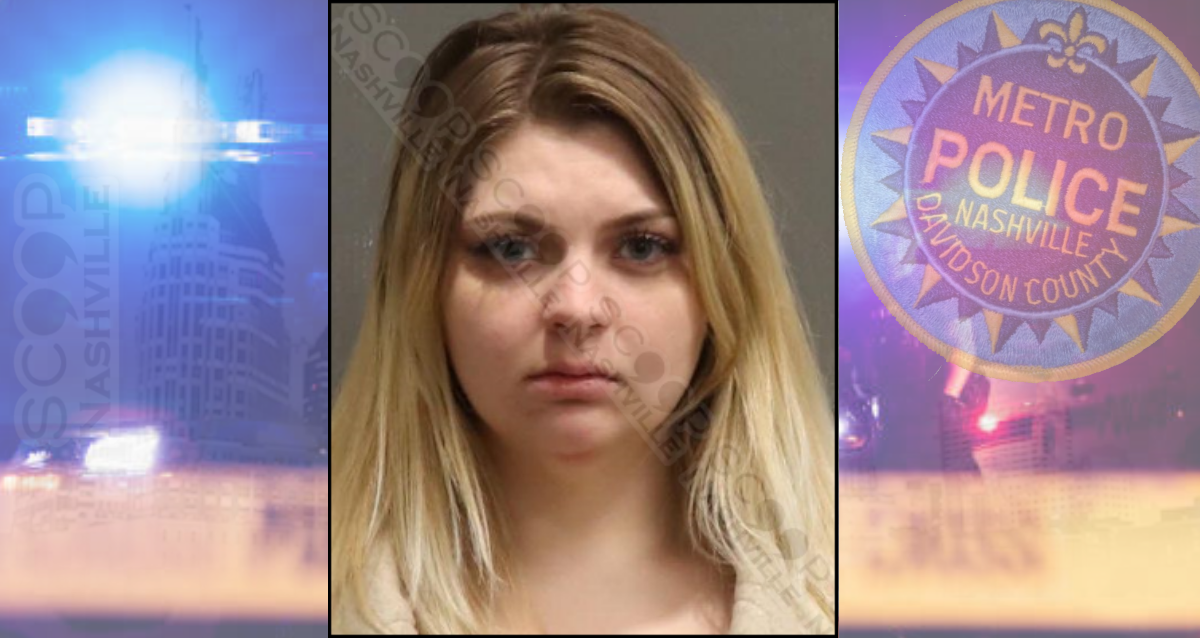 25-year-old Ashley Asauskas crashed her vehicle just 200 yards from her home in the early hours of Monday morning. Shen then exited the wrecked car and walked to her home just down the street. A witness called 911, as did Ashley when she got home. She initially wanted to be checked out by EMS but later signed a refusal. She stated she had consumed alcohol prior to driving and performed poorly on field sobriety tests. She later blew a 0.163% BAC on a breathalyzer and was charged with DUI. 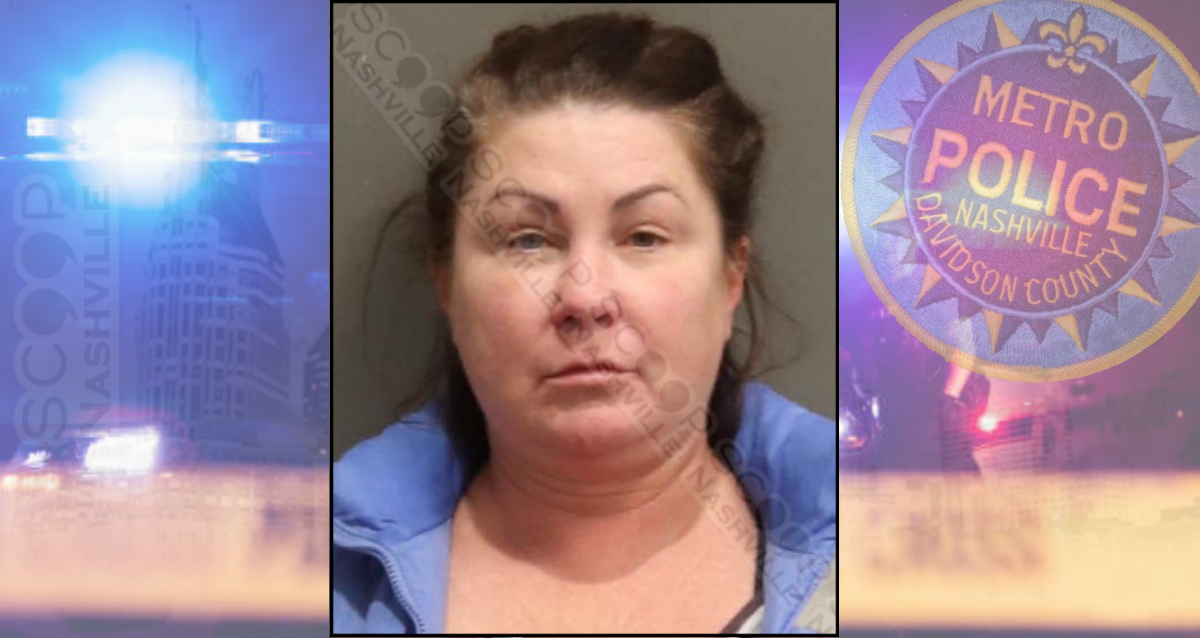 51-year-old Amanda Covington was driving her black Nissan Altima on I-40 on January 6 with a tag that expired in December of 2021, according to THP Trooper Keith Velez. As he spoke to Covington, he reportedly smelled alcohol coming from her and the vehicle. She stated she had “two small airplane bottles” of alcohol a few hours before driving. She performed poorly on subsequent field sobriety tests and eventually admitted she had been drinking “most of the day, yesterday.” She was transported to St. Thomas Midtown 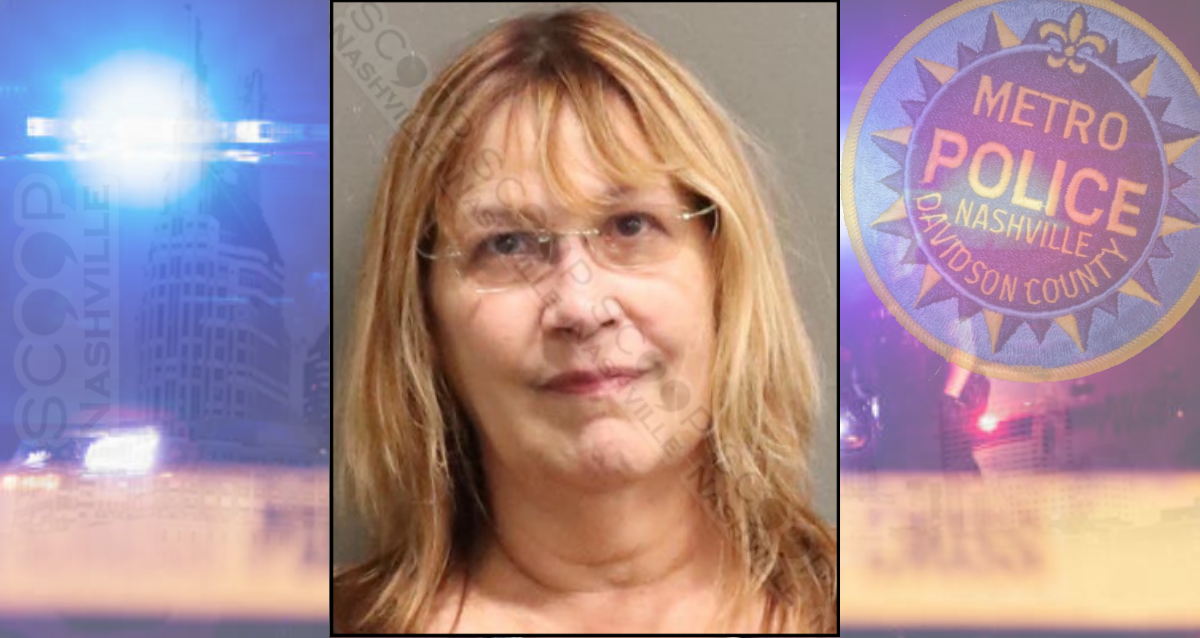 Police say 67-year-old Beverly Cosgrove was involved in a single-vehicle crash at the intersection of Matilda St. & Marydale Dr., where she ended up stuck in a steep ditch. Ethan Myers came to assist Cosgrove out of her vehicle. She told him she had been out drinking with friends and was the “most drunk I’ve ever been in my life!” She later stated she had two glasses of wine at a Hendersonville restaurant. Cosgrove performed poorly on field sobriety tests and later blew a 0.132% BAC on a breathalyzer. 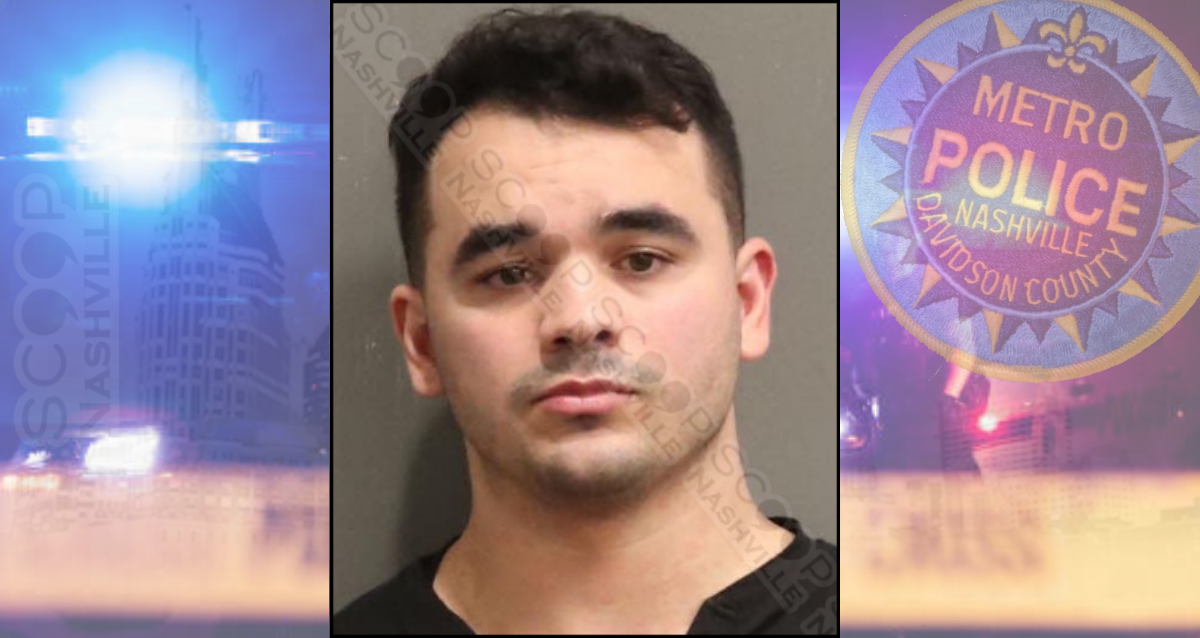 25-year-old Paulo Palrao was kicked out of Lucky’s Bar on Broadway in downtown Nashville early Saturday morning after staff said he became disorderly inside the bar and to other patrons. Once outside the bar, he continued to fight with bouncers due to his belief he was mistreated while being escorted out of the bar. An officer wrote, “it was evident due to the suspect’s undiminished agitation that his behavior was likely to continue.” 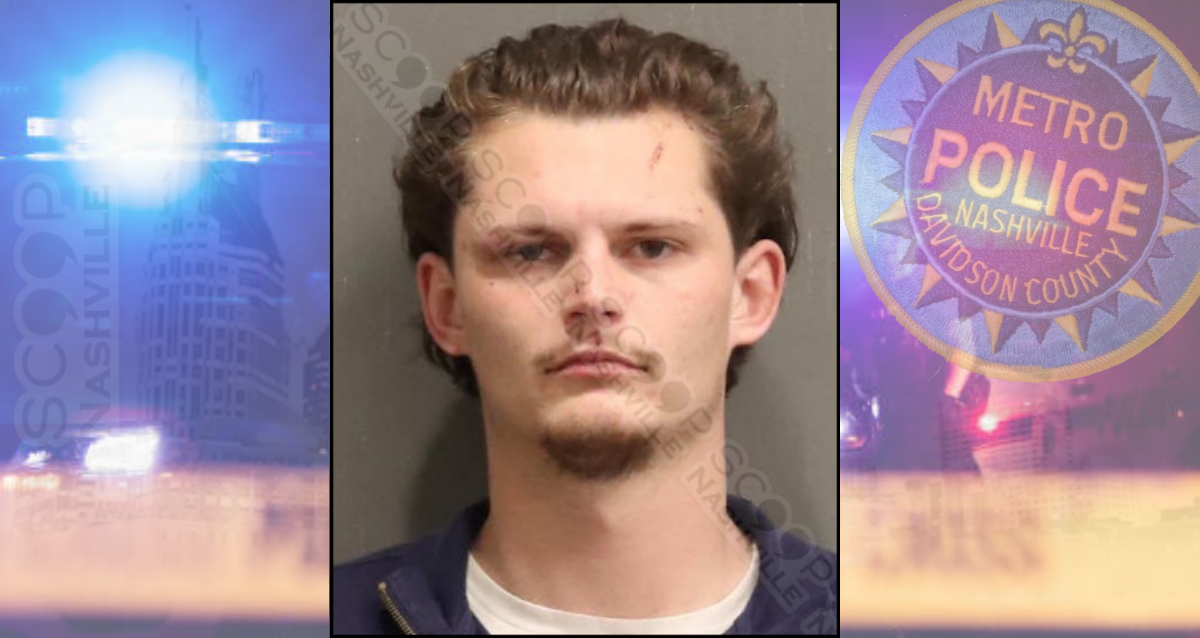 Police say 22-year-old Hudson Harrell crashed his 2016 Infiniti Q50 on I-24 in the early hours of Monday morning after drinking in downtown Nashville. He told police he was “unsure” how his car ended up in a ditch but stated he consumed “1-2 drinks” prior to driving. He performed poorly on field sobriety tests, and after he was under arrest, he repeatedly asked to take more tests. Once at booking, they granted his wish with a breathalyzer, on which he blew a 0.180% BAC, more than double the legal limit to drive. 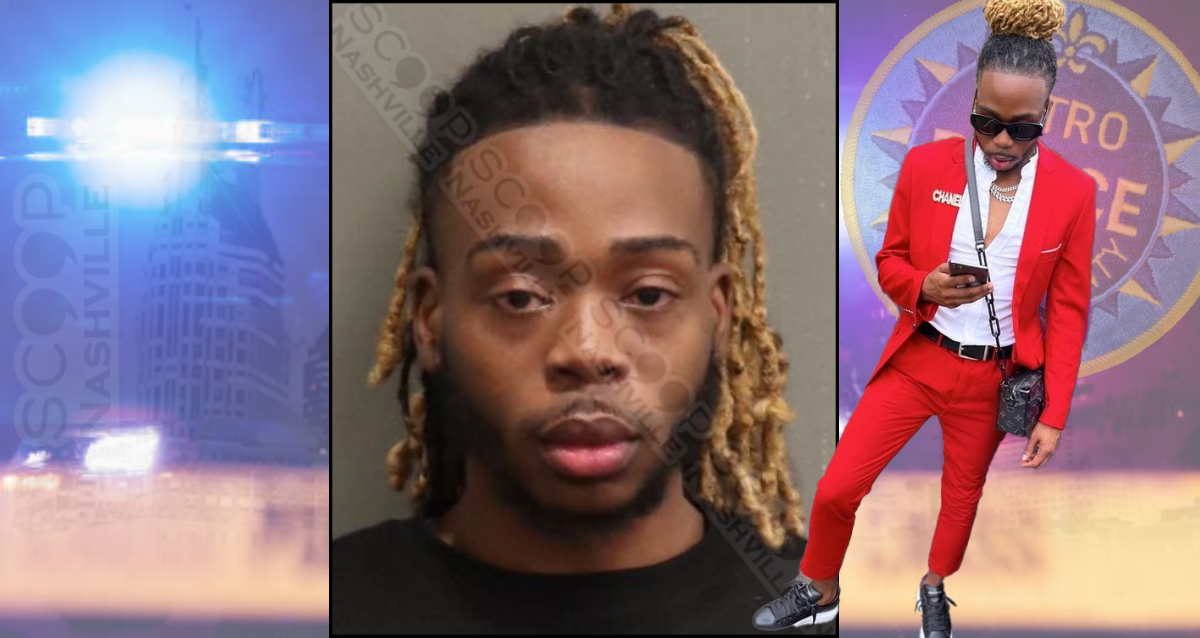 30-year-old Robert Holmes crashed his vehicle near Dickerson Pike and Grace Street late Friday night and admitted to consuming alcohol earlier in the day. Social media posts show Holmes drinking with friends at a restaurant just prior to driving. Responding officers say he smelled of alcohol and had trouble standing and speaking coherently. After performing poorly on field sobriety tests, Holmes was taken into custody. A subsequent inventory search of his vehicle prior to towing resulted in the seizure of 9.39 grams of marijuana in a Tupperware container. 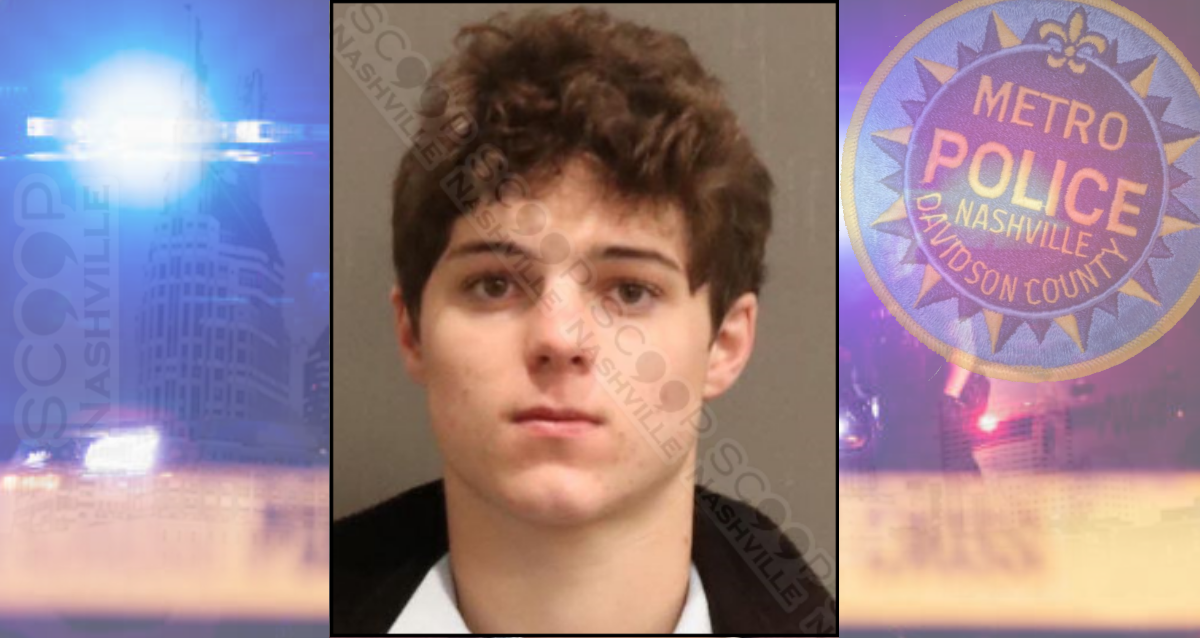 19-year-old Riley Dismukes of Florida was taken into custody in the early hours of Saturday morning along with his co-defendant, Ellis Frimet. Both teens, from Florida, were observed attacking another individual on Broadway in downtown Nashville. When asked to disperse and stop fighting, Dismukes refused all commands from officers and continued in the disorderly conduct. 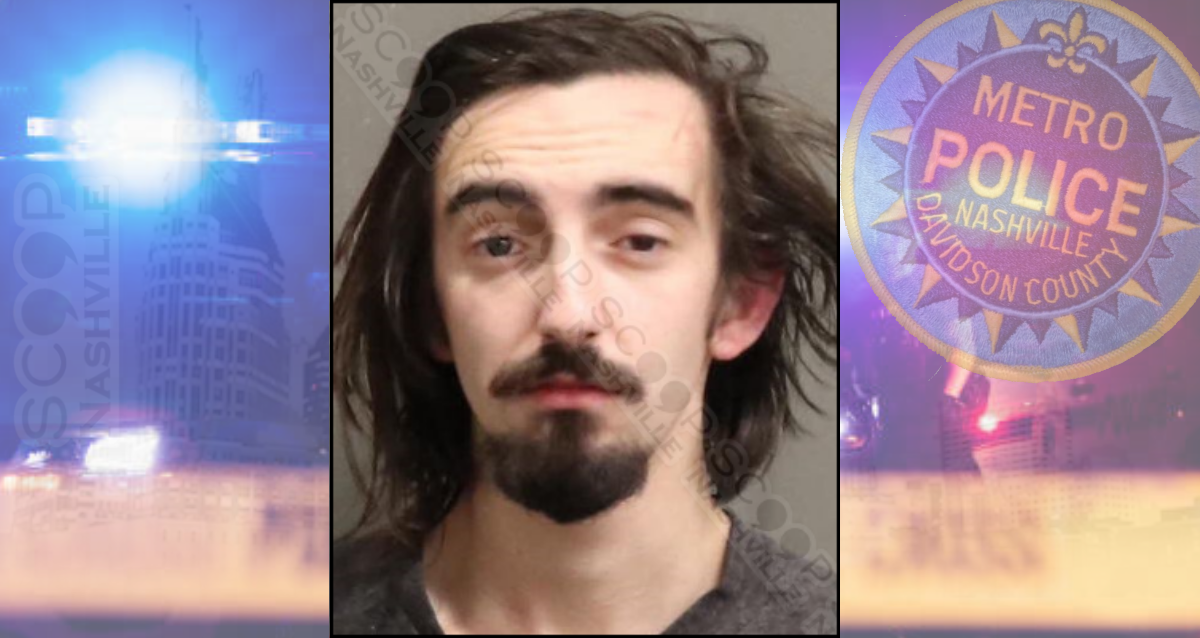 After 34-year-old Justin William Record crashed his vehicle on Charlotte Pike at 2 a.m. Wednesday, and overturned his car into a small group of trees, he told police he had been rear-ended by another car that caused him to flip his vehicle. His girlfriend, who was traveling in a vehicle behind him, states Justing “just went off the road.” He admitted to consuming two shots and two to three beers at Copa Cabana Bar & Grill, a bar directly across the street, just before driving. He performed poorly on field sobriety tests and, once at booking, was found to have two small baggies with traces amounts of a white powdery substance. Deputies also located a twenty dollar bill with the same white powdery substance.