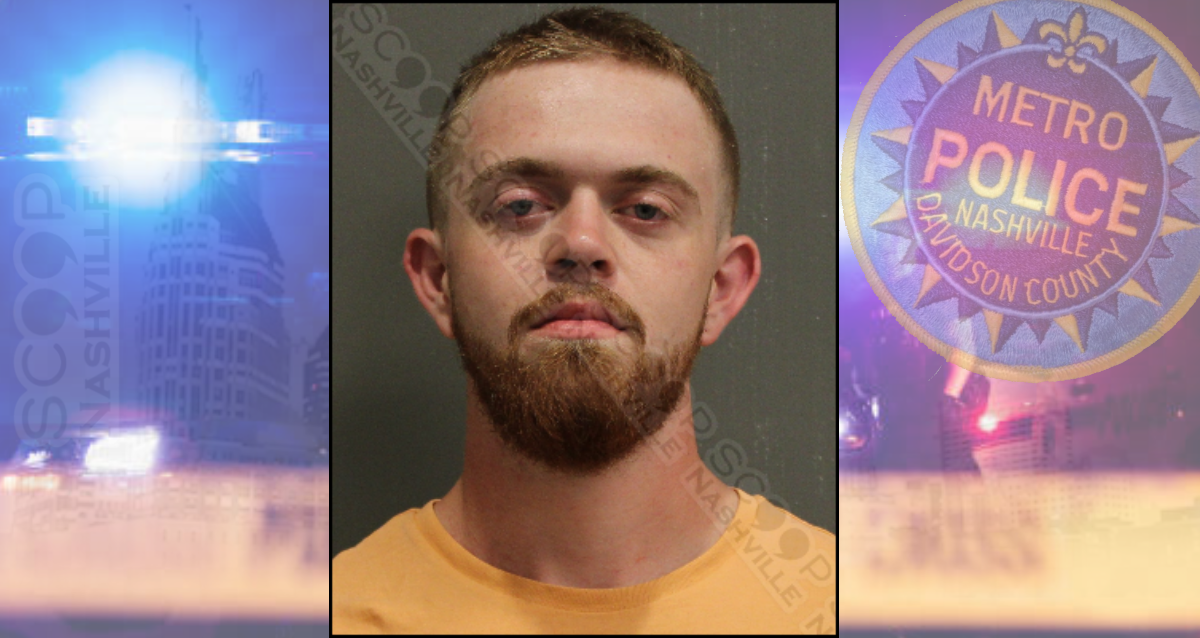 21-year-old Caleb Pitts faces multiple charges, including felony burglary, after police say he stole a hoodie from the retail portion of Jason Aldean’s bar and fled from them. Offices first responded to the Broadway bar as Pitts was fighting with security, who had observed him pull on a locked door until it broke open and take a grey hoodie from the merchandise area of the venue. Pitts, who was visibly intoxicated, pulled away from officers as they arrived but was captured after a brief foot chase.