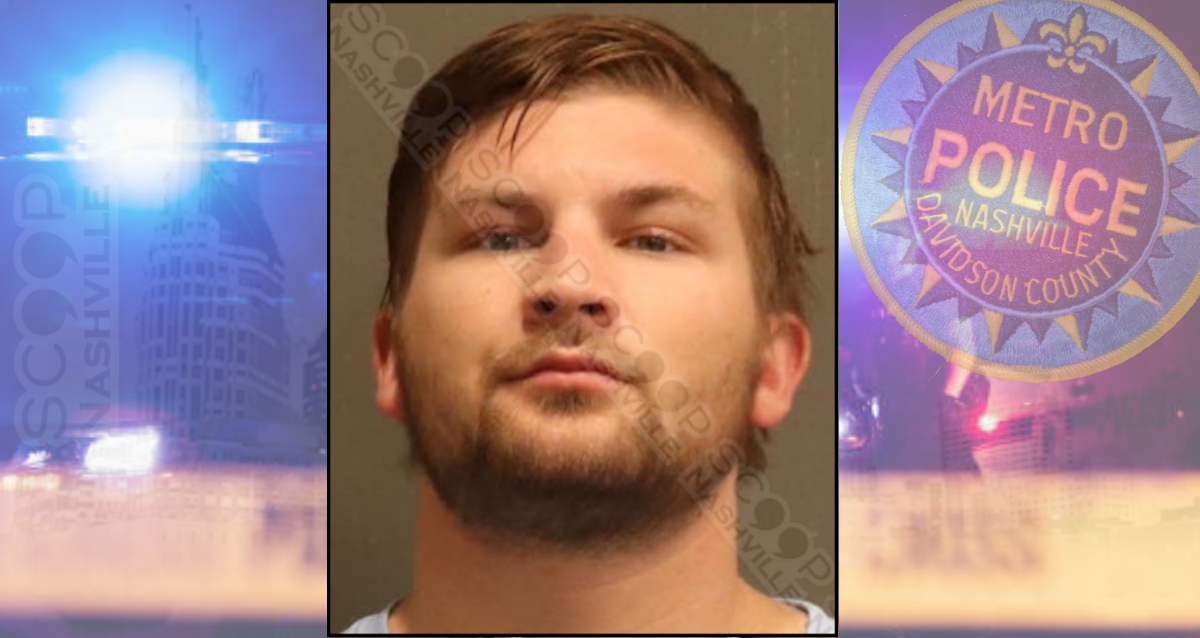 Police say 26-year-old John Tristen Mitchell forcibly entered the residence of his ex-girlfriend, Catherine Parker, on October 15th. Once inside her home, he began to break light fixtures and other glass objects that belongs to Parker. Prior to leaving, he took her laundry basket, emptied the contents on the floor, and absconded with the laundry basket. On that same day, Mitchell met with his sister, McKenzie Mitchell, on Charlotte Pike and got into a verbal argument. He escalated the argument into an assault by pulling his sister’s hair and pushing her to the ground, where he punched and slapped her in the face multiple times before fleeing the scene. Mitchell is charged with aggravated burglary, domestic assault, theft, and vandalism.