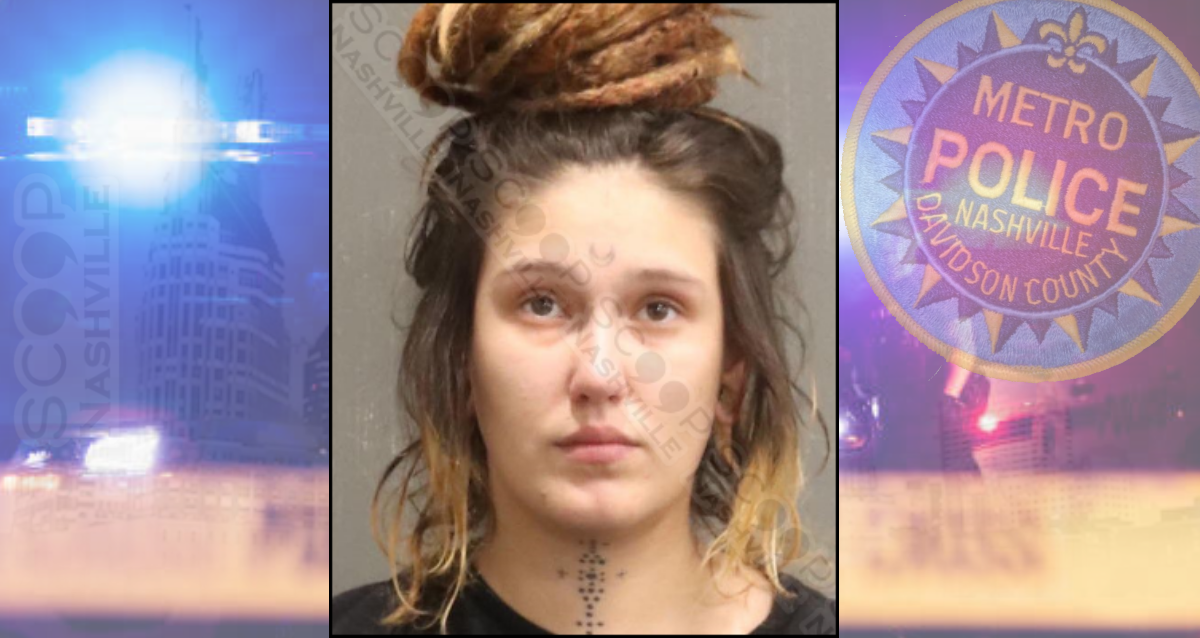 Metro Nashville Police say 25-year-old Makayla Dodge got into an argument with her roommate, Alexander Leavitt, over a GrubHub order. She reportedly told him to leave the residence and threw his pizza at him. He attempted to push her out of his room, but she was able to use her body to prevent the door from closing and pulled his hair in an effort to come back into his room. She then grabbed a pair of scissors and chased him into another room while she attempted to stab him with the scissors. He was able to disarm her and throw the scissors outside. She did manage to land several punches to his face during the struggle, leaving him bruised and swollen.