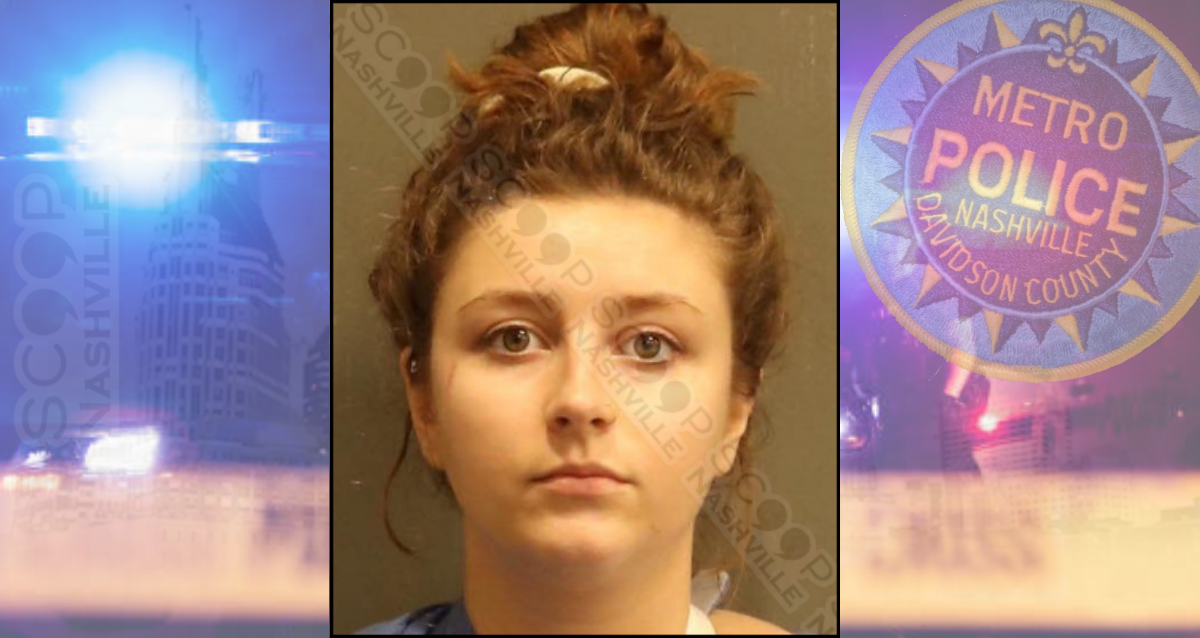 Late Sunday night Metro Nashville Police say 23-year-old Callie Carder was at her workplace at Fifth and Broadway when she called her boyfriend of two years, Caleb Gaw, and stated she was extremely intoxicated and about to drive to their home. Gaw immediately rushed to the location to pick her up, along with a co-worker who would be dropped off along the way. An argument began and continued the entire ride, where Carder was upset she was unable to drive, and she reportedly continued to assault her boyfriend and made continued and repetitive attempts to “rip the steering wheel out of his hands.”

After the friend was dropped off near Edmondson Pike, the argument escalated, and he stopped the car at the Ellington Ag Center as it was unsafe to drive. Carder then retrieved her metal weed grinder and bashed it into his forehead, leaving a one-inch laceration. He ripped it from her hand and tossed it out the window, and called 911 during this period, but the call ended. He then drove the car the remainder of the way home to separate himself from her, and she assaulted him again on the way inside.