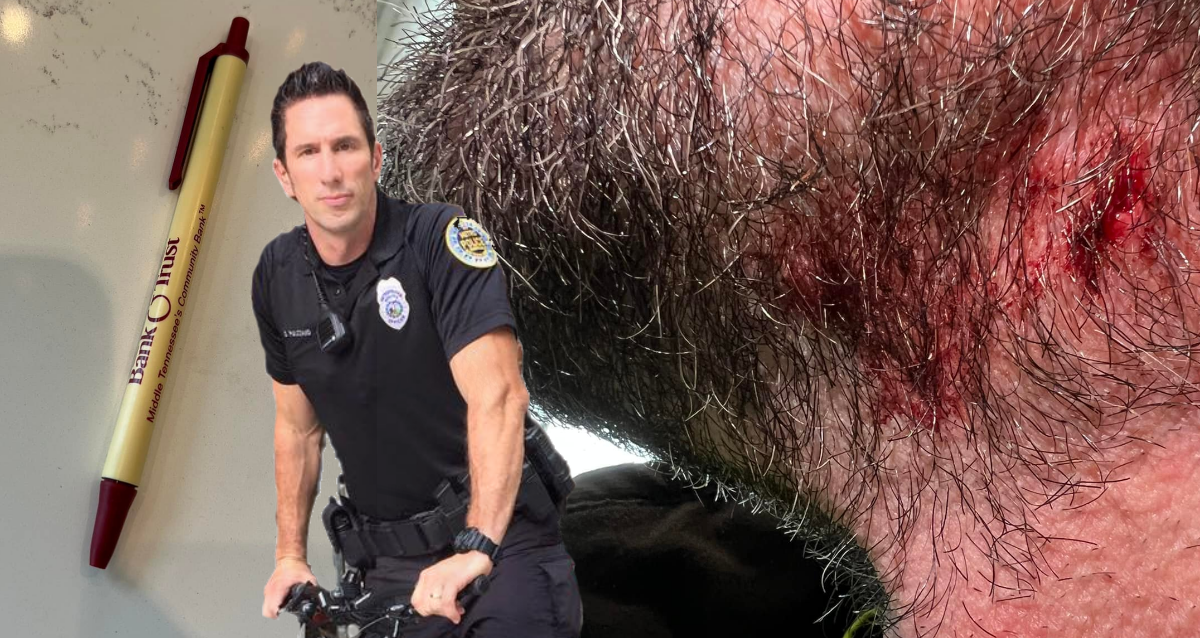 You won’t’ find a lot of unearned accolades for MNPD from this outlet, however, there are individuals within the department who carry out amazing work for the city on a daily basis. You would be hard-pressed to find anyone, even those he’s arrested and jailed, to say a bad word about Downtown Officer Sean ‘Spyder’ Pulizzano – he’s one of the true good “good guys” in Nashville.

You also wouldn’t suspect the tall and lanky middle-aged man who has been with the department for nearly two decades was a local MMA legend as he rides his bicycle on-duty for Central Precinct. That’s part of what makes it even more surprising that a suspect got the best of him this week, stabbing him with an ink pen, leaving a deep puncture wound just an inch from his carotid artery.