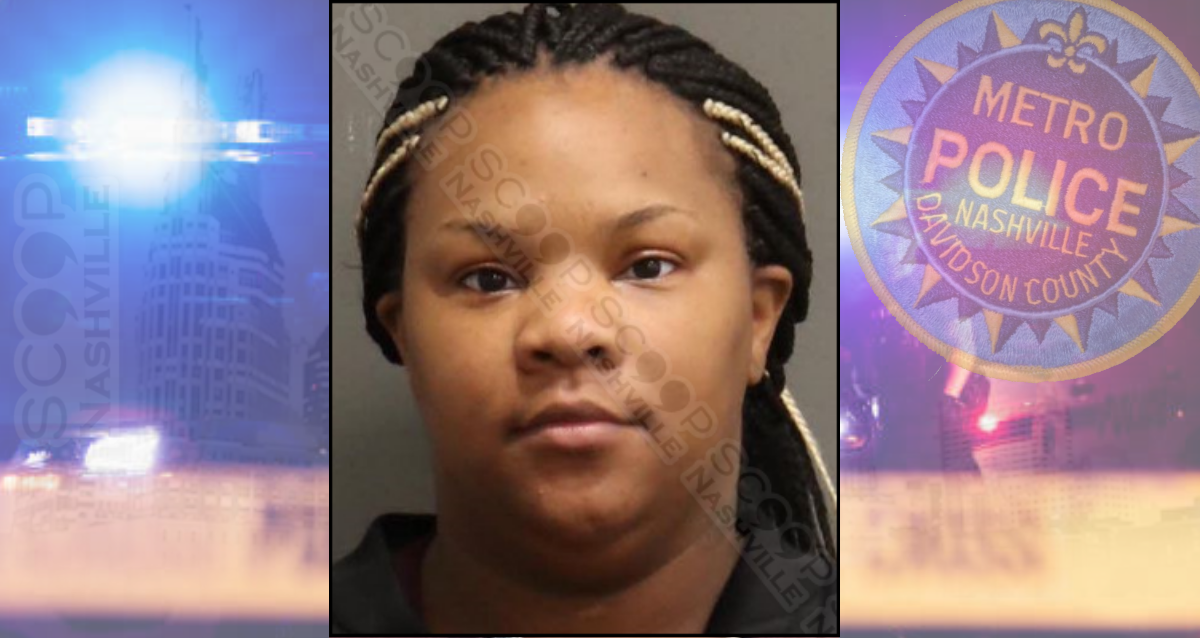 Police say 28-year-old Measia Lasha Johnson entered a downtown Nashville stripper party bus on May 20th near the intersection of 1st Ave S. & Broadway, brandishing a handgun and threatening to shoot. She used the pistol to bust out a TV screen at the front of the strip club on wheels and then exited the bus, firing a live round into the air. She then took a bottle of Kool-Aid and poured it into the gas tank of the party bus. One witness states they overheard the male victim tell Johnsonson “give me back my gun”. One person reports hearing a gunshot, but most witnesses would not confirm hearing it. The three victims of the aggravated assault with a deadly weapon are identified as Keia Lopez, William Miller, and Ednia Sharks (diadadoll).