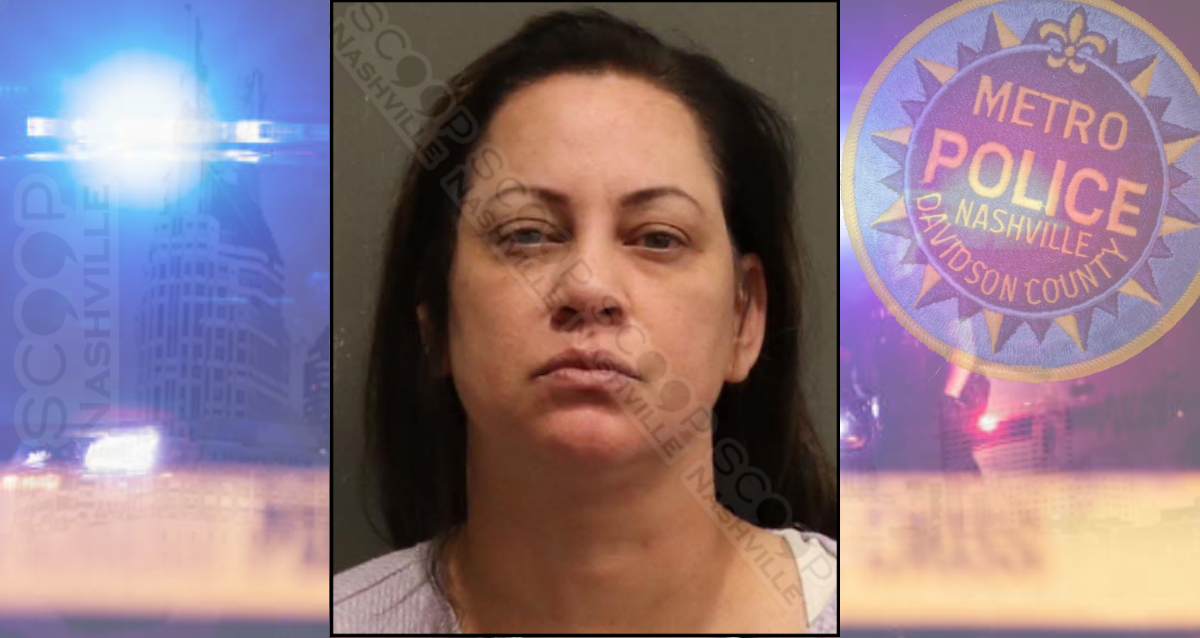 Police say 48-year-old Tiffany Russ was drinking when she received a message from an ex-boyfriend who was in jail in Memphis, and her current boyfriend told her he was unable to protect her from the ex-boyfriend who was in jail. Witnesses say she became increasingly angry and began to use a knife to cut up furniture around the home, also breaking a window and a vase. When the current boyfriend, Ronald DeVaughn, tried to “calm her down” she slashed at him with the knife causing him to be in fear she was going to attack him.