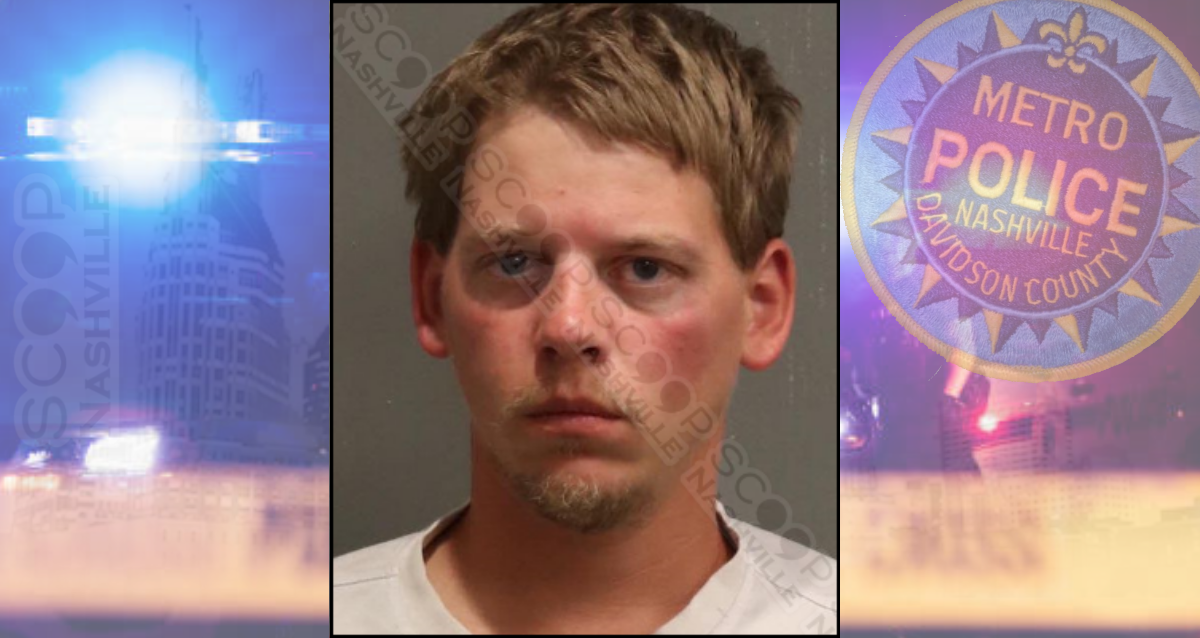 28-year-old Robert Harris was charged with domestic assault early Tuesday morning after his girlfriend disclosed to police that Robert had slammed her face into the dashboard of his vehicle during an argument and then strangled her while pushing her against the passenger seat. The victim, Ivy Shoults, who is also pregnant, refused all medical assistance and seemed only to suffer injuries to her lip, which was busted and bleeding. Officers became aware of the couple as their vehicle was parked in the grass near Donelson Pike and Murfreesboro Road and conducted a welfare check. Harrs refused to answer any questions and was taken into custody.