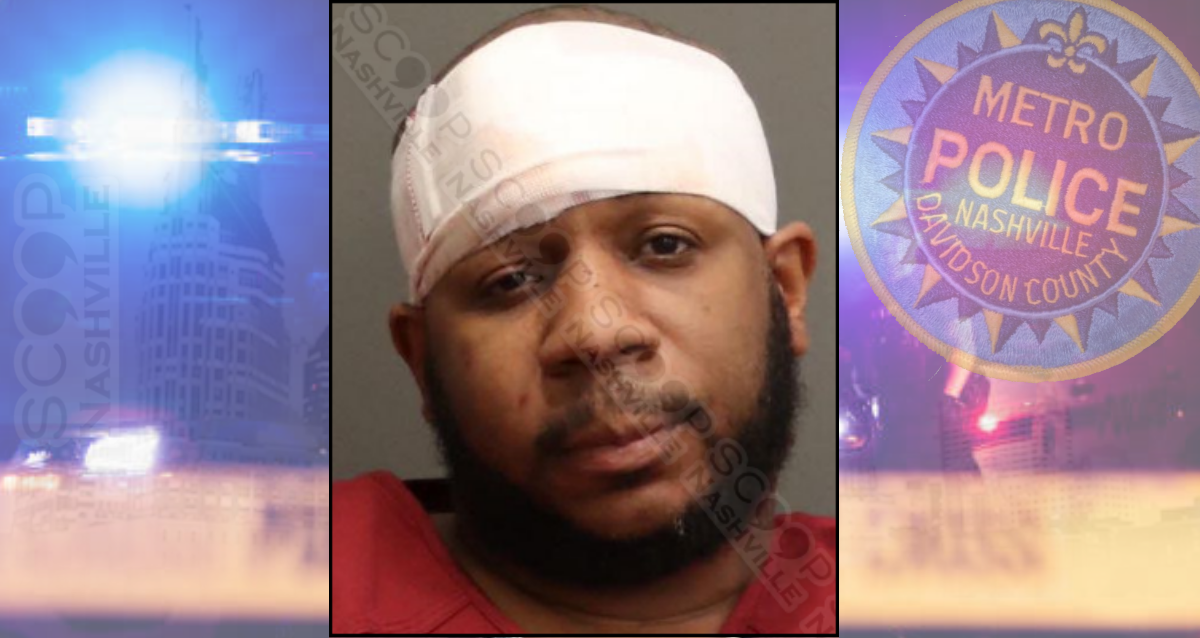 Metro Police arrived at the Oakwood Flats apartments at 6 a.m. Saturday for a reported domestic disturbance. There was a large pool of blood leading from the parking lot to a 3rd-floor apartment, and inside was a large amount of blood on the floor from the entryway into the living room, including a bloody wooden ring toss game. Inside, officers met with Safari Williams who stated her boyfriend, 42-year-old Vincent Davis, woke her up at 5:30 a.m., and after an argument he threw her on the ground and strangled her then beat her with a wooden ring-toss game.

She states she threw a few punches back, grabbed a knife, forced him out the door, and may have stabbed him with the knife in self-defense as he attacked her. Officers later located Vincent Davis’ car at a nearby hospital, where a pool of blood led them from the vehicle to him, receiving treatment for a large laceration on his forehead and a stab wound to his abdomen. He refused to give any statement, and would only tell a detective that a ghost has assaulted him.