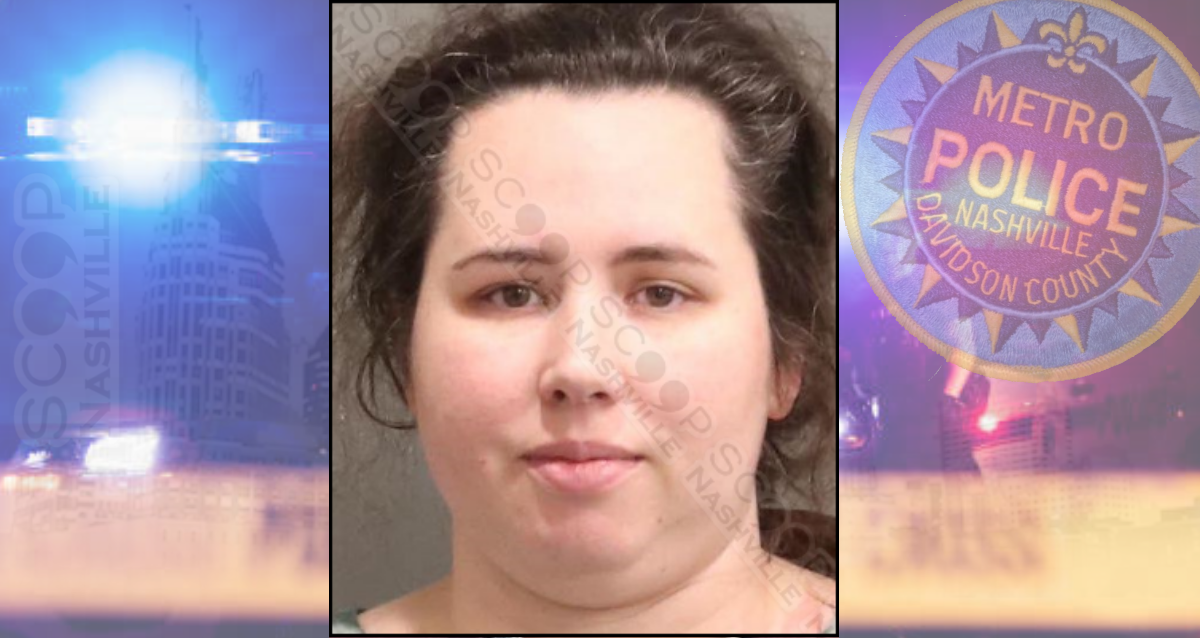 Witnesses say 31-year-old Khristen Jones rear-ended another vehicle near Old Hickory Blvd & Bellevue Rd and continued to drive toward Highway 100 before she exited the driver’s side of her vehicle and walked into the woods. As first responders arrived she emerged from the woodline, reeking of alcohol. She told police she had “could have had a couple of drinks” but her friend ‘Brad’ was driving, not her. She refused field sobriety tests and was charged with DUI.