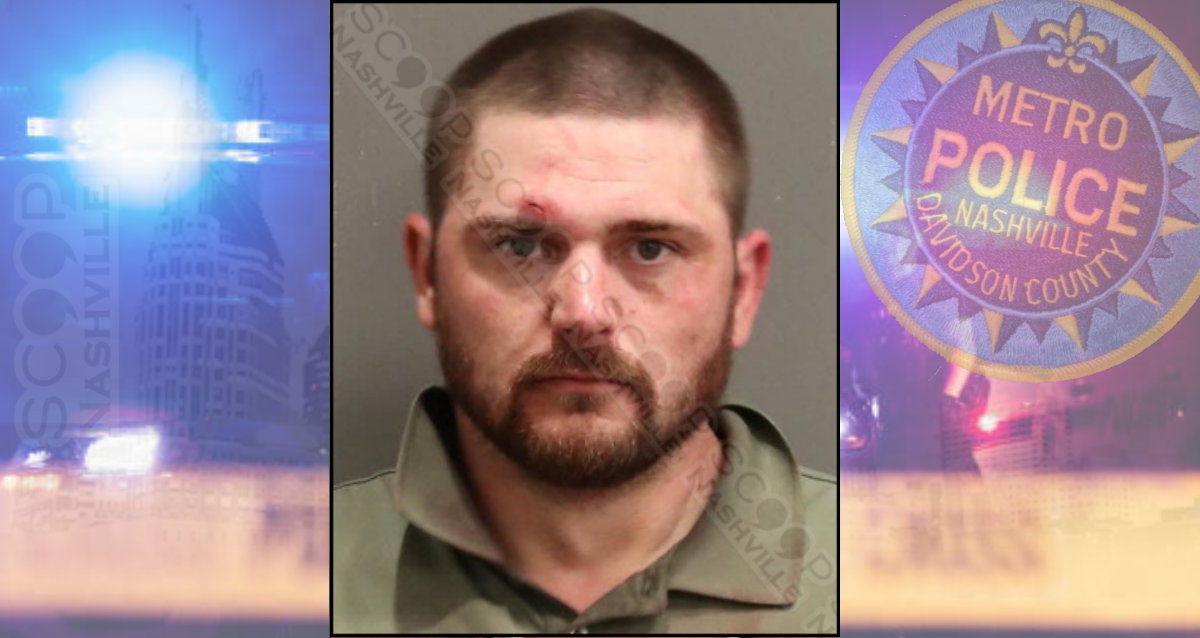 34-year-old Dustin Brown was kicked out of Nudie’s Honkey Tonk on Friday but soon returned to the venue and sat in the open window of the location, where he continued to cause issues with staff. He refused to leave a second time and was physically removed from the property and taken to the ground by security, where he received some facial abrasions, which were treated by medics. Police took him into custody for public intoxication and criminal trespass. While attempting to place him into custody and conduct a search, Brown repeatedly pulled away from officers and refused to get into the transport car. While one officer was holding his feed to place him into the car, Brown kicked his taser and broke the battery portion of the device.