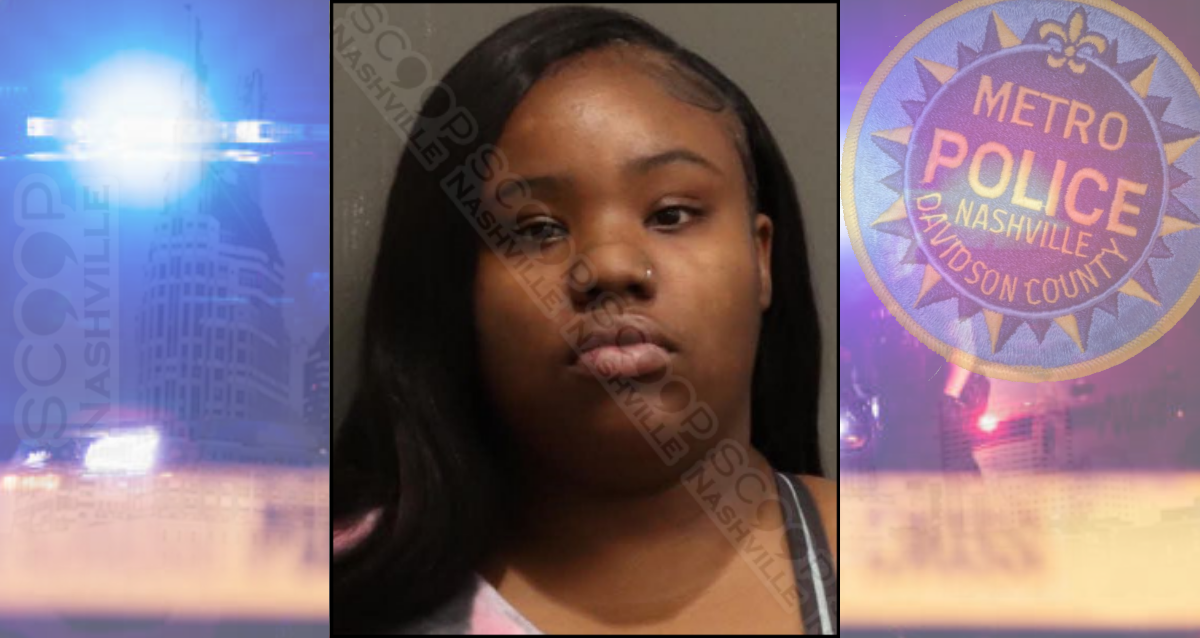 Metro Police say 21-year-old Stasha Waters was arguing with her ex-girlfriend, Johna Foxx, were arguing inside a vehicle when Waters reportedly pushed her hands onto Foxx’s face then punched her in the mouth before grabbing her by the hair and also punching the back of her head. Foxx says Waters then drive up and down her street several times after the fight ended and Facetimed her to show her a handgun, stating “I have something for you”.