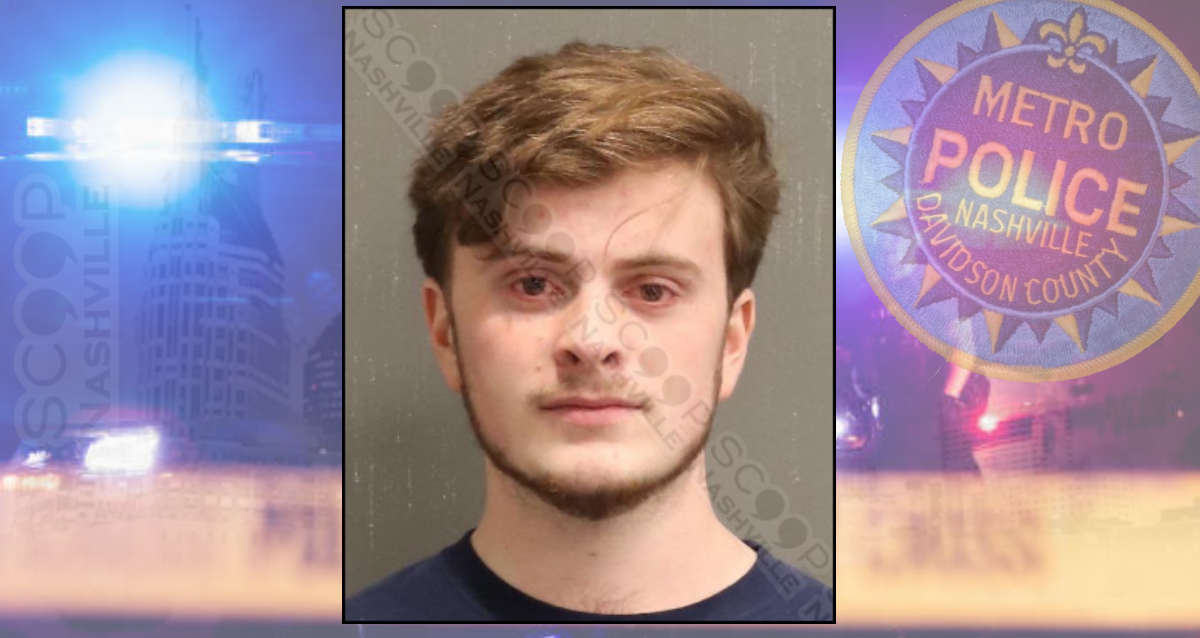 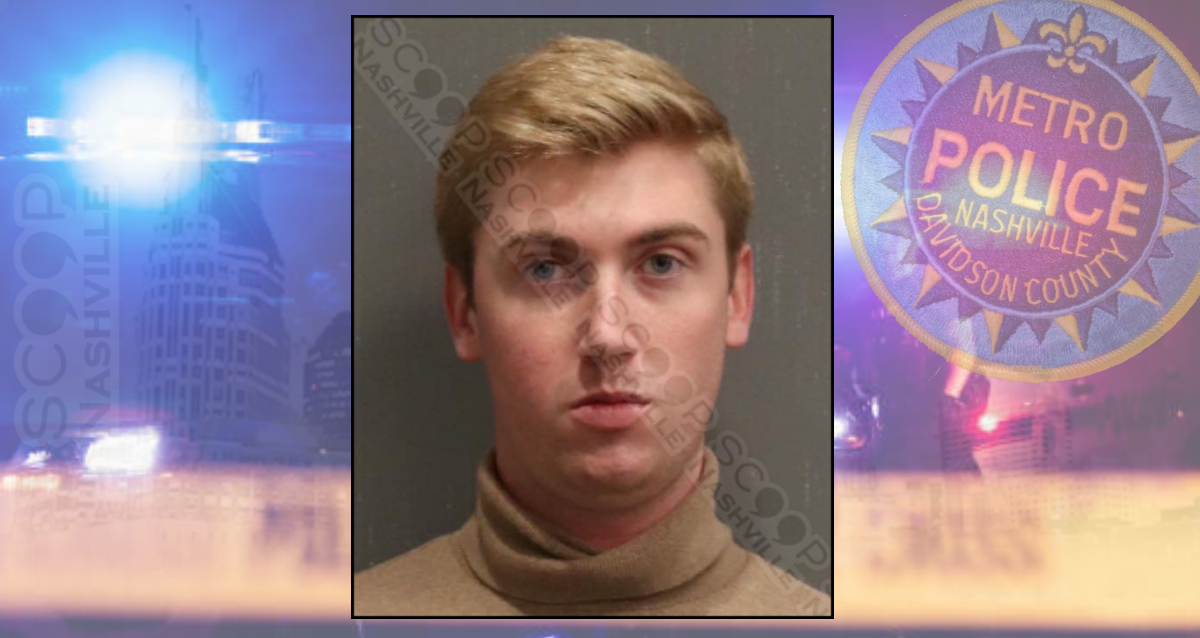 26-year-old Scott Jones was booked into the Metro Nashville Jail wearing his fall-colored turtleneck in the early hours of Tuesday morning after police initially observed him driving a vehicle with tags that expired in 2020. During the traffic stop Officer Womack determined he was intoxicated, and though he initially claimed only “one drink”, he later admitted to having 2-3 glasses of wine and smoking marijuana before driving. Jones is charged with DUI, and free on pre-trial release.