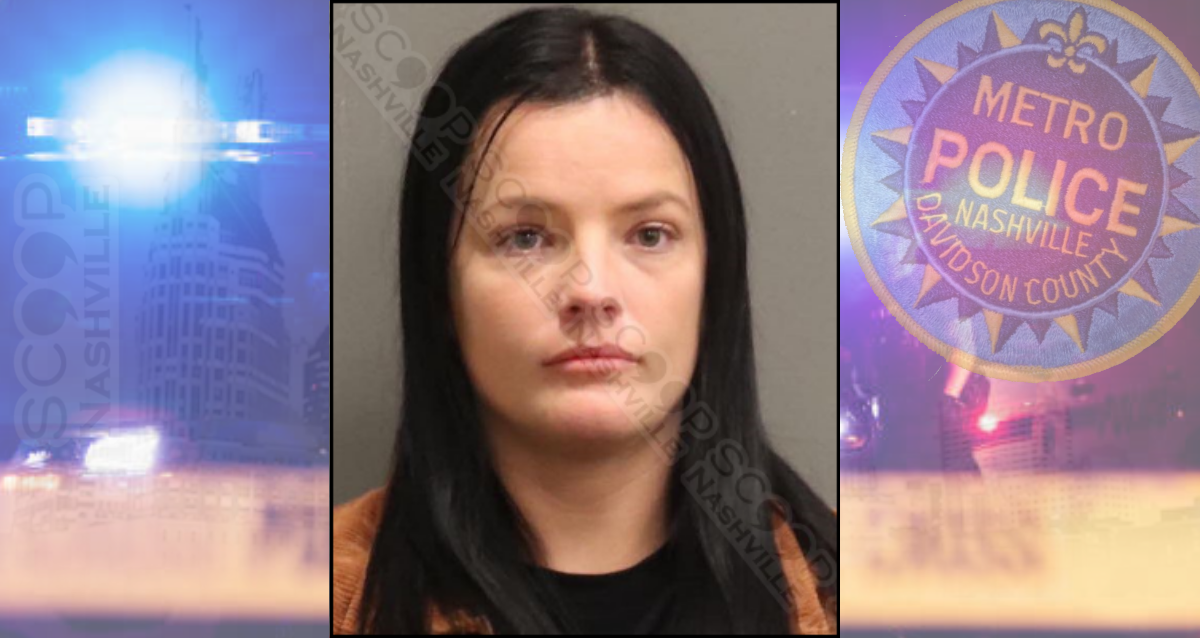 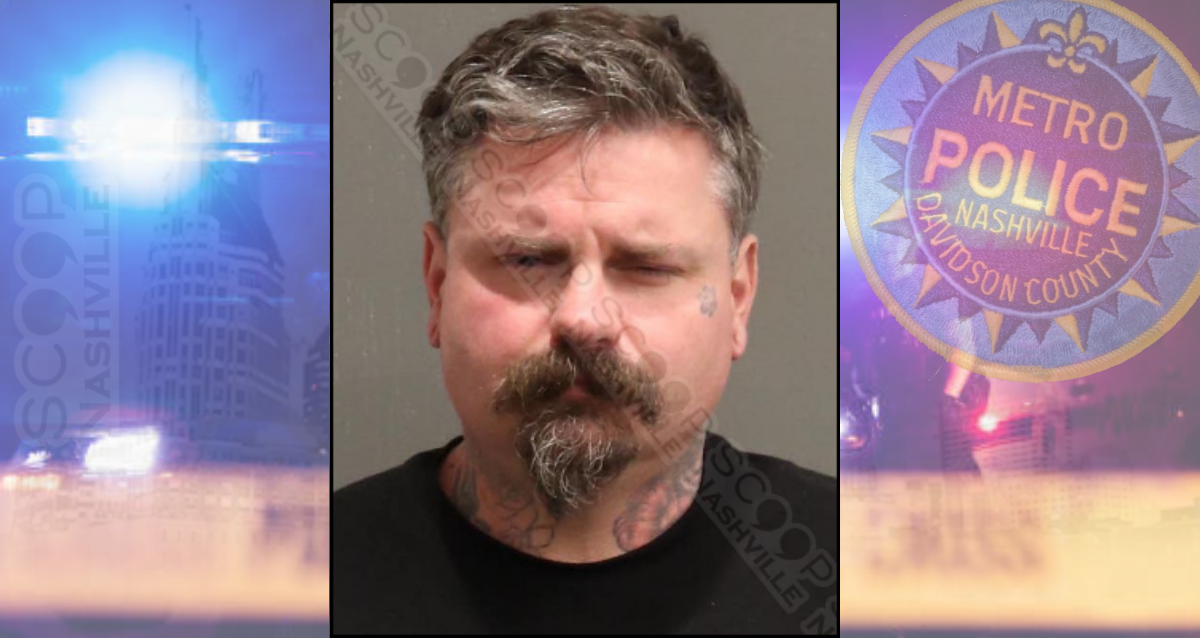 41-year-old Jason Anderson was kicked out of a downtown Nashville bar and refused service due to his level of intoxication. As he was being escorted out, he became argumentative and belligerent. Officers responded to the scene to assist and offered him a courtesy ride, but he refused. He was then offered to sober up at the hospital, but he also refused all medical assistance to avoid jail. Out of options, he was transported to booking and charged with public intoxication. 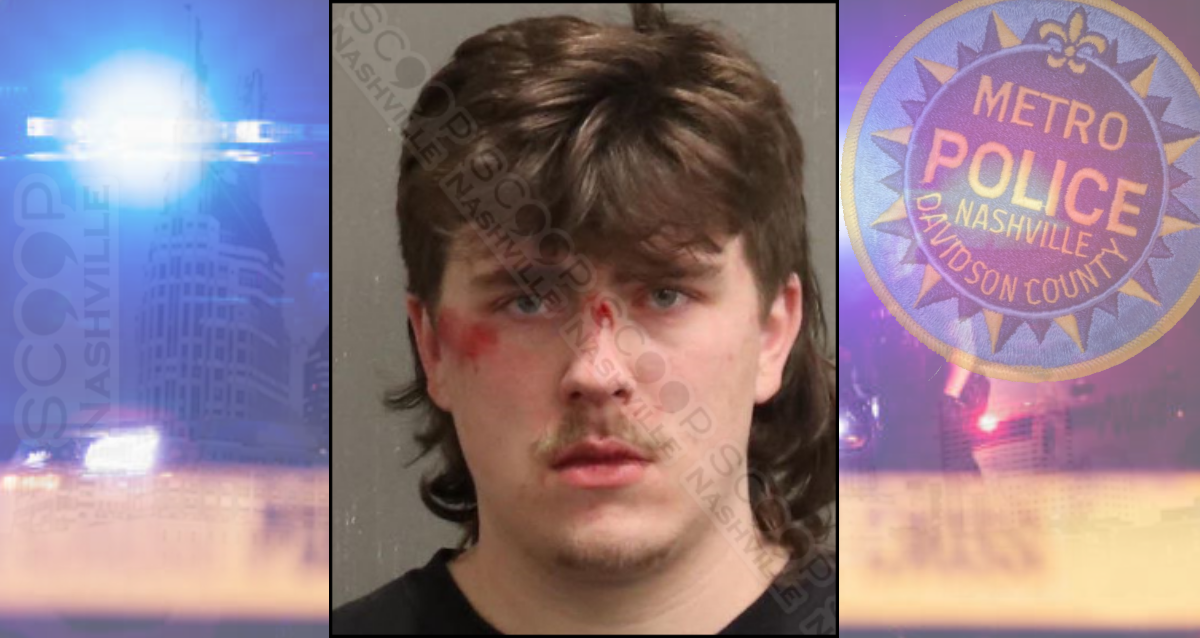 22-year-old Paul Timothy Wanner was taken into custody at Tin Roof Broadway after multiple witnesses reported he had just walked up to another citizen and sucker punched him in the face. Just before this altercation, he was walking around and screaming on Broadway antagonizing others to fight him. Wanner says he was angry at the guy but provided no other explanation. He was obviously intoxicated and unable to care for himself. He was charged with public intoxication and transported to booking. 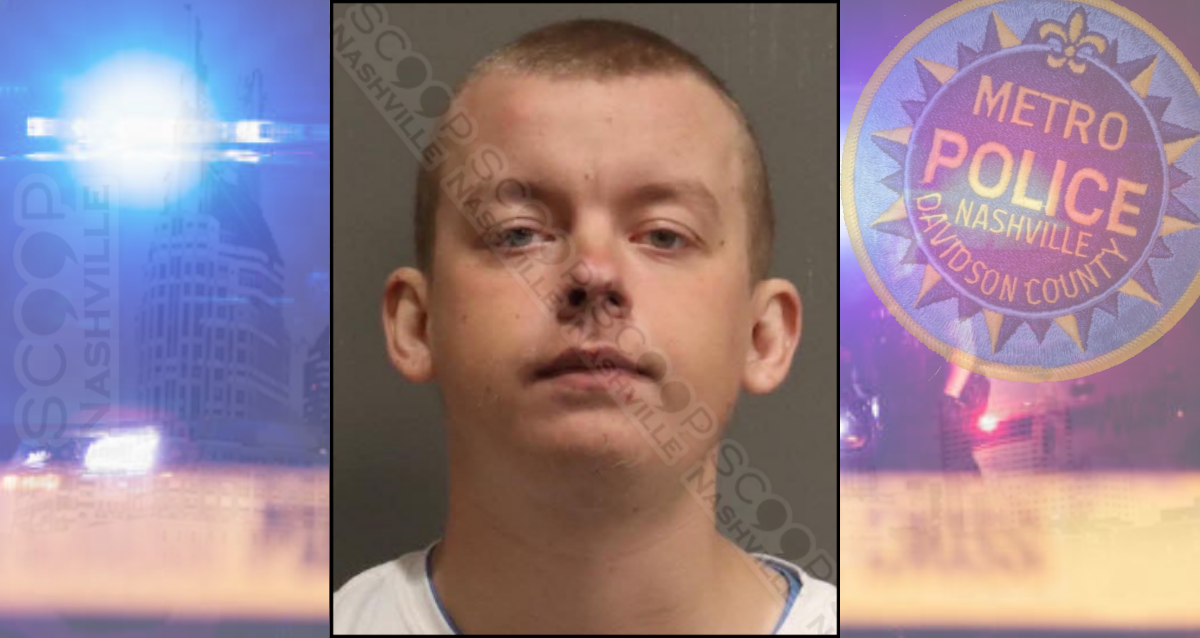 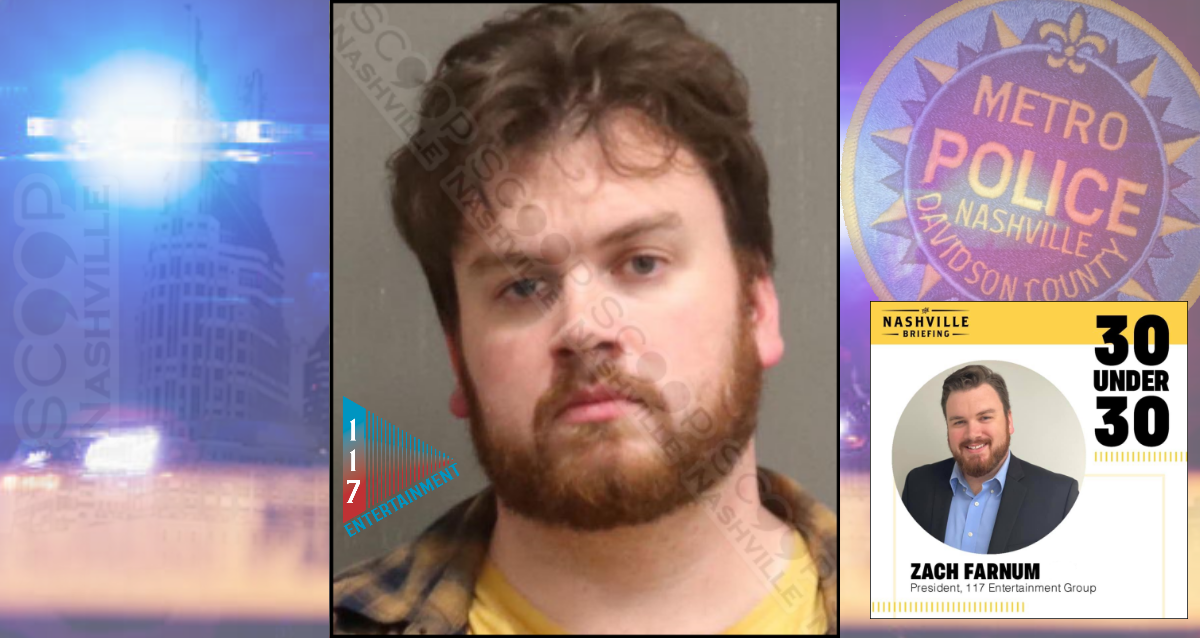 28-year-old Nashville publicist and artist manager Zachary Farnum of the 117 Entertainment Group will need a publicist of his own to recover from the bad publicity he keeps giving himself. Police say Farnum was under the influence of at least one substance when he became aggressive and threatening with a rideshare driver this weekend. Farnum ended up climbing on top of the car before trying to steal it when the rideshare driver parked and called 911.

Farnum made headlines in October when it’s believed he prematurely tipped TMZ about the death of one of his clients, Jerry Lee Lewis, an entire day before he died. Scoop: Nashville also covered Farnum’s 2017 DUI after he attempted to leave a parking garage without paying and plowed through a barrier at the Music City Center. [details inside…] 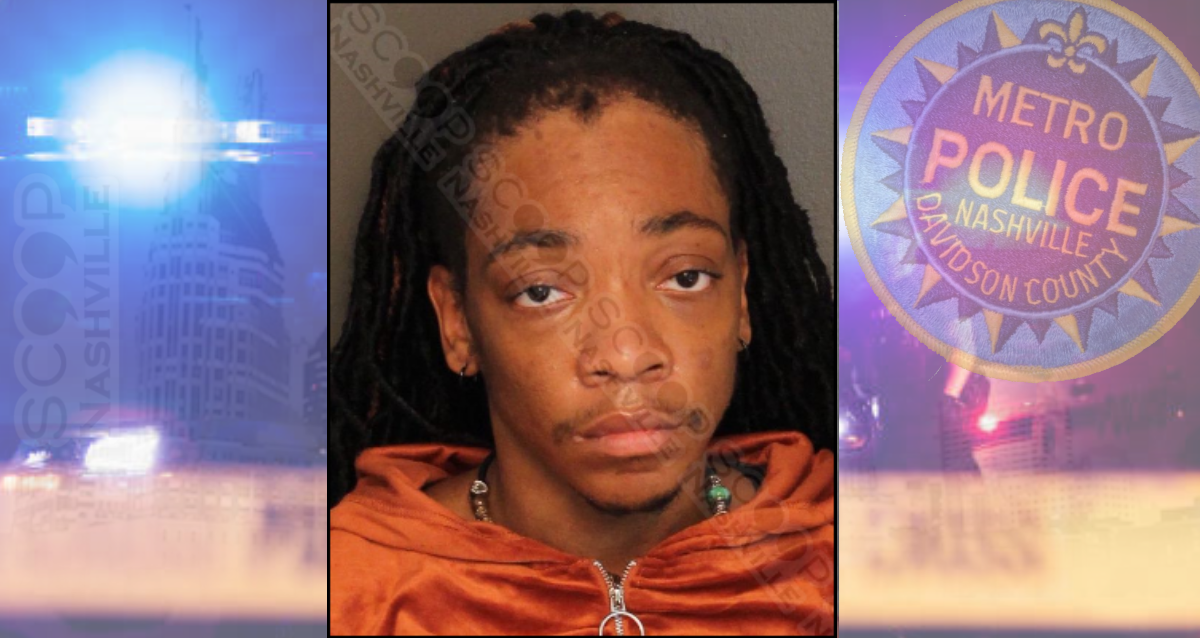 Security at St. Thomas Midtown Hospital caught 30-year-old Joshua Hudson trespassing on the property on October 27th. When asked what he was doing inside the hospital, he provided false information as to his business inside the hospital. Security noted that he had made his way inside the hospital on prior occasions and had been asked to leave on those occasions and not return. He was issued a state citation for criminal trespass and was booked on that citation on November 14th. 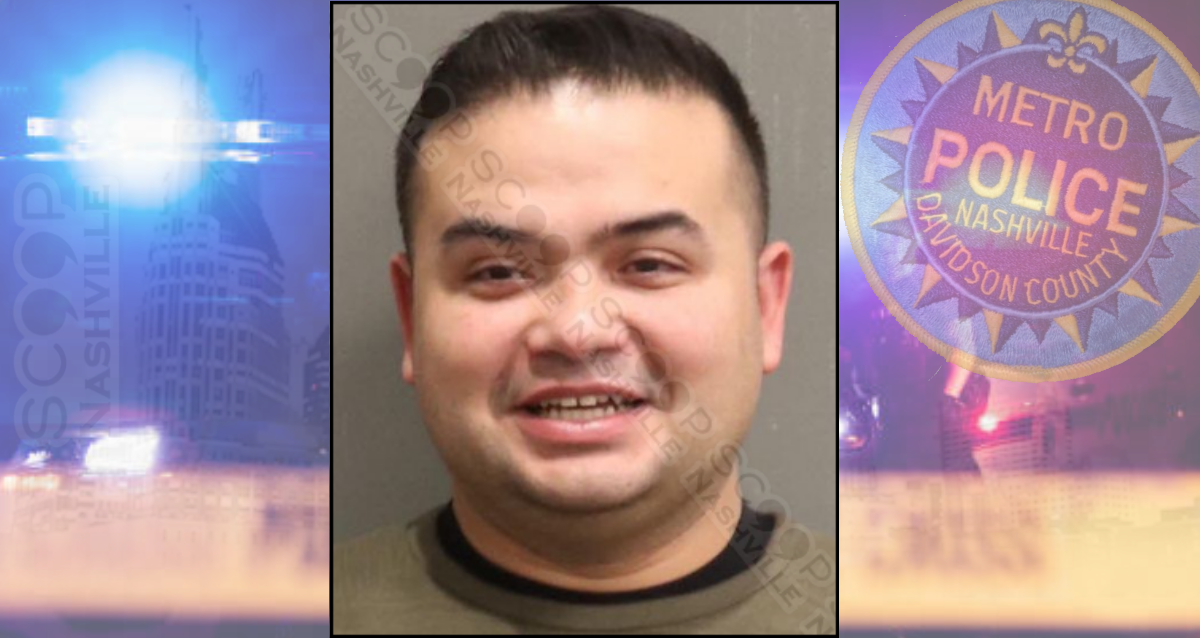 Metro Nashville Police responded to Tootsie’s Orchid Lounge in response to a disorderly individual who was attempting to spit on citizens in the area. Officers located 37-year-old Kevin Cascante a short distance away after he was identified by security at the location. He was extremely intoxicated and unsteady on his feet as he walked down Broadway. He told officers he had been in an argument with his girlfriend and was currently on his way to go home and commit suicide. He then dropped his phone on the sidewalk and fell over when he attempted to pick him up. Officers rolled him over and placed him into custody, charging him with public intoxication. 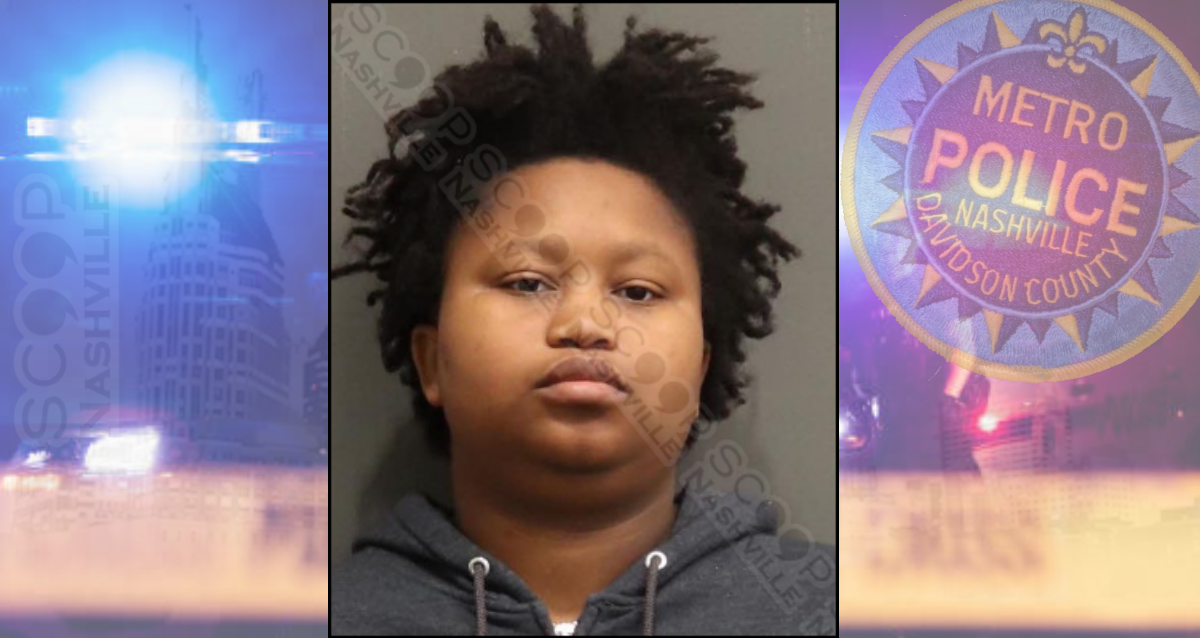 21-year-old Marria Batemon is charged with the domestic assault of her ex-girlfriend, Eja Hollis. The two were spending time together and got into a physical altercation twice on November 21st. The victim says she was thrown into a corner and strangled by Batemon. Officers documented injuries and cuts on the victim and transported Batemon to the Metro Nashville Jail. 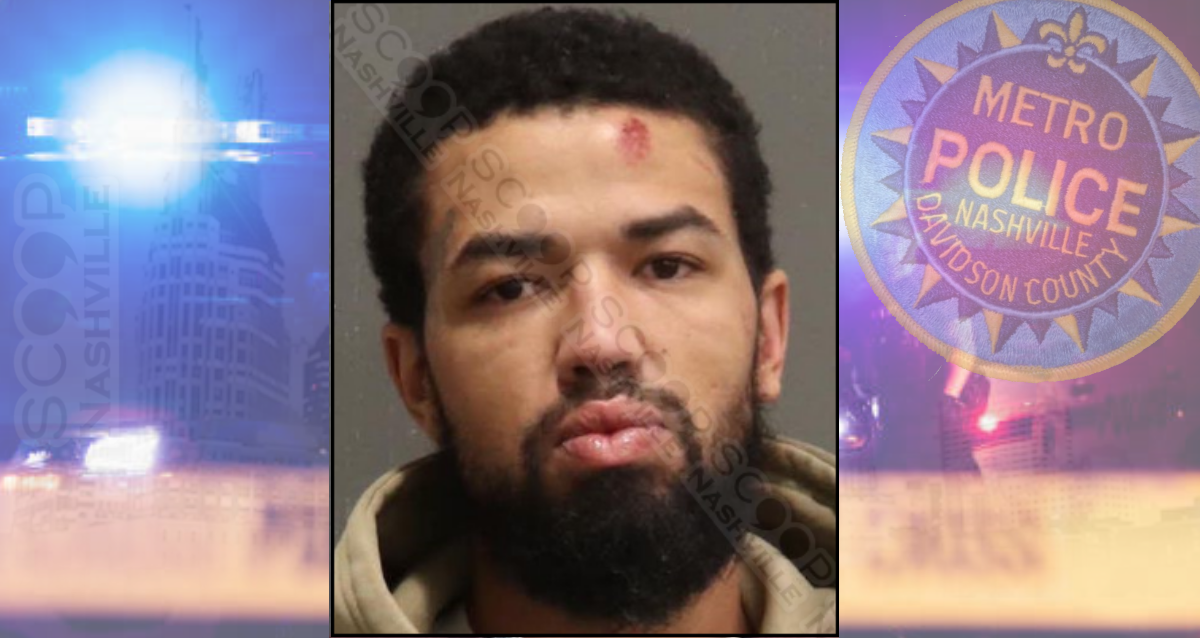