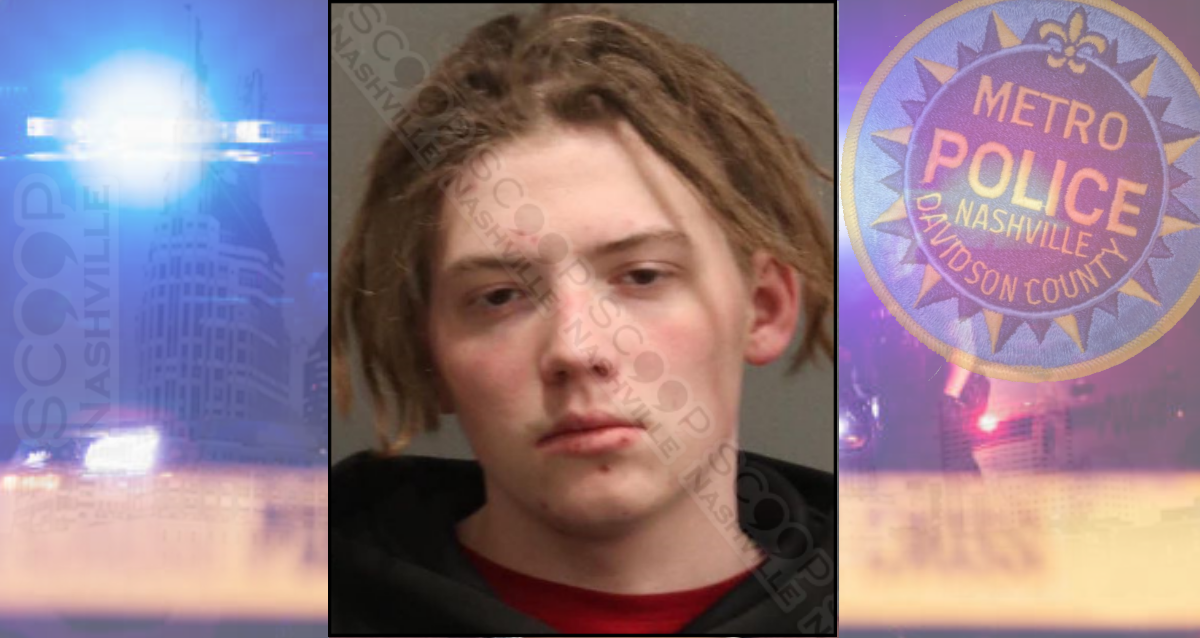 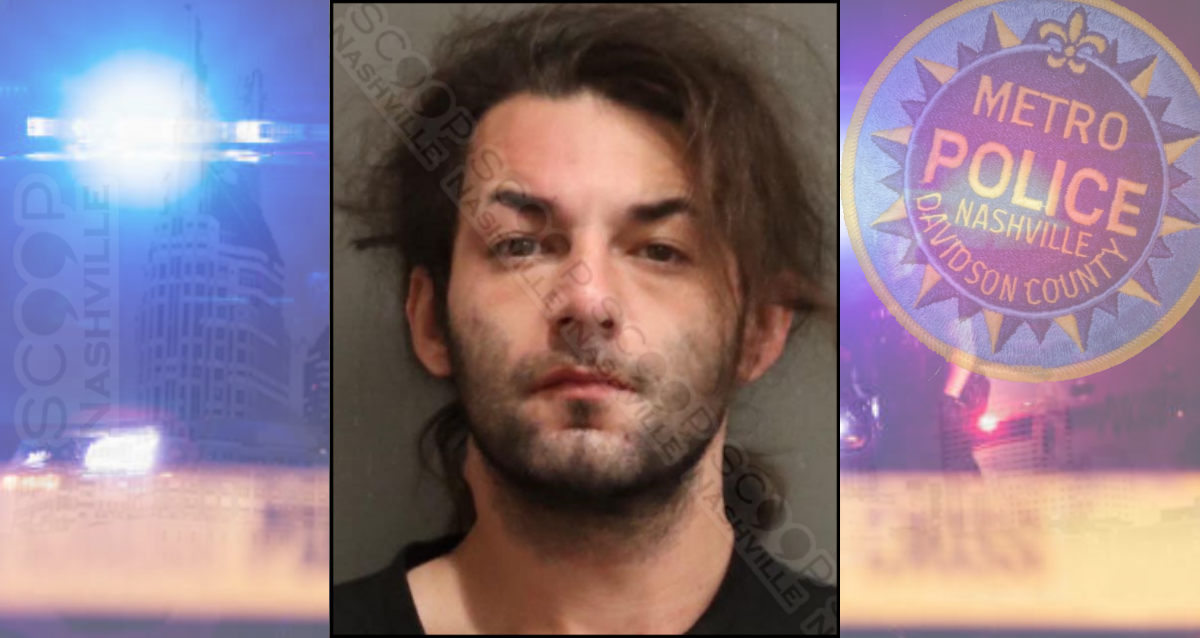 29-year-old Richard Hall is charged with the domestic assault of his boyfriend after police say he demanded the victim get ready to meet a friend, and the victim refused, saying he didn’t feel well. The couple, who was staying at a Goodlettsville hotel, had prior domestic disturbances, and as the victim attempted to call to report the current situation using code words, Hall reportedly took the phone from him, and threw him across the bed, resulting in bodily injury. Hall is charged with interfering with an emergency call and domestic assault, and is jailed in lieu of a $2,000 bond. 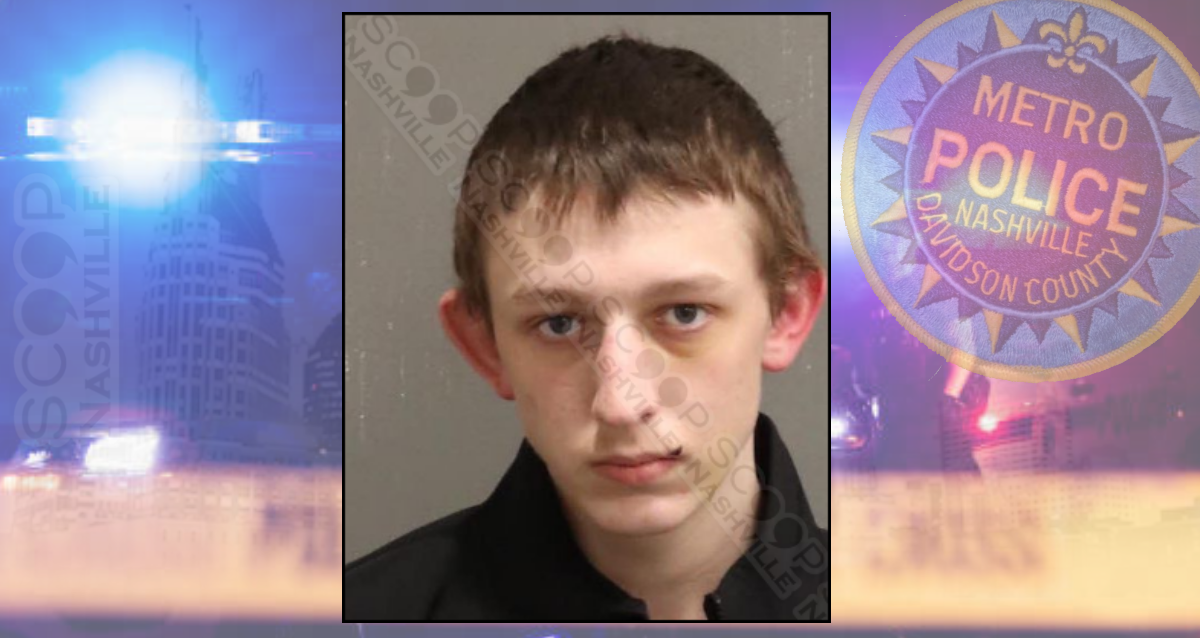 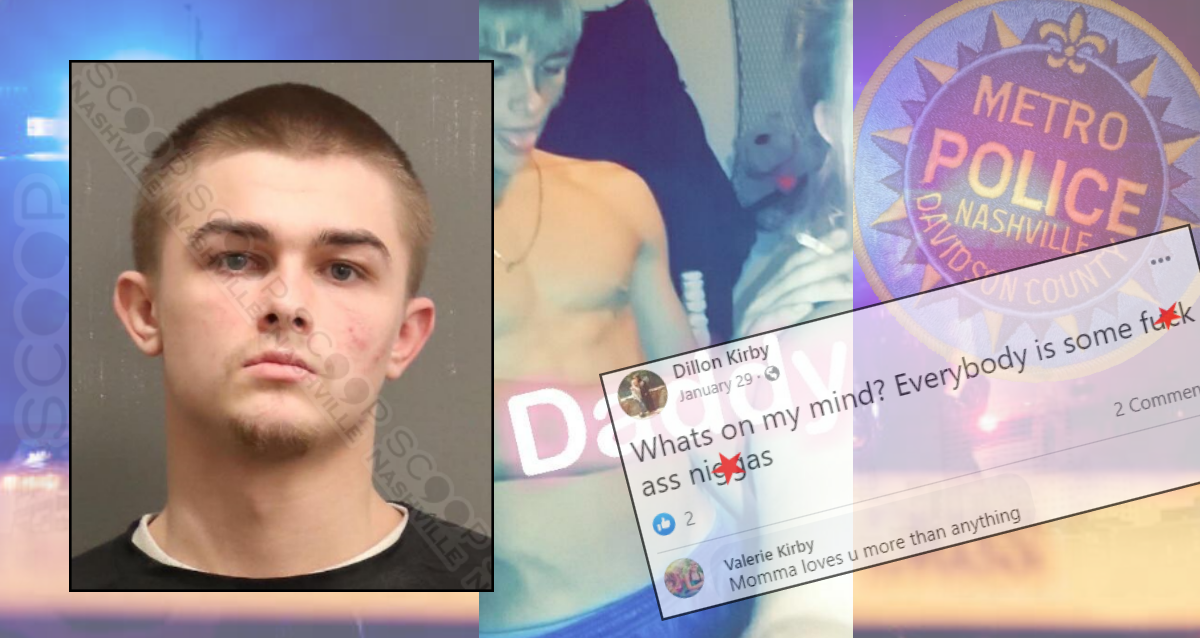 19-year-old Dillon Kirby was booked this morning on an outstanding assault citation from a January assault during which he assaulted another driver in a road rage incident. When the light turned green and the vehicle Kirby was in hadn’t moved, the driver behind them honked his horn. Kirby exited from the passenger door of the vehicle, walked to the victim’s widow, and repeatedly punched the victim, Nathan Cane, in the face causing multiple injuries. Police located Kirby in the parking lot of the nearby InTown Suites and issued him a citation for assault. Kirby was ROR’d until his next court date in January. 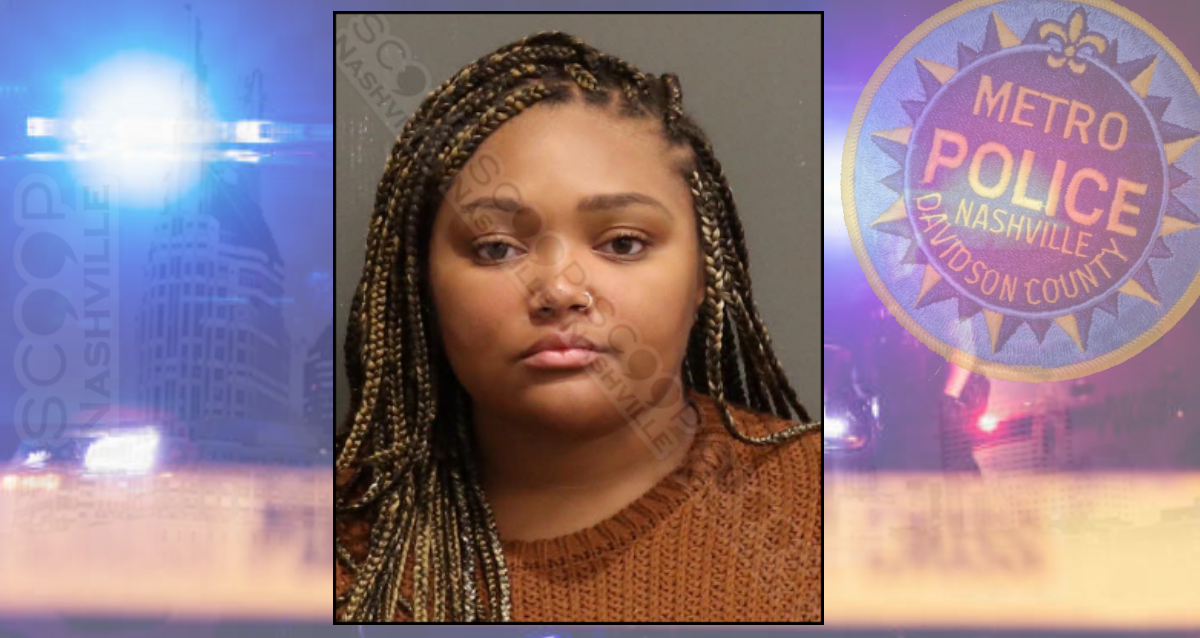 25-year-old Cardiovascular ICU Travel Nurse Jazmen Flowers was found drunk and asleep behind the wheel of her vehicle at a Krystal’s drive-thru in the early hours of Saturday morning. Police say they approached her vehicle in the line after being notified her the situation, and she ‘lurched’ the vehicle several feet forward as they woke her. She reportedly reeked of alcohol and admitted to drinking vodka & cranberry drinks earlier in the evening. She was charged with DUI and transported to booking, where she blew a 0.17 BAC just over double the legal limit. She is free on pre-trial release. 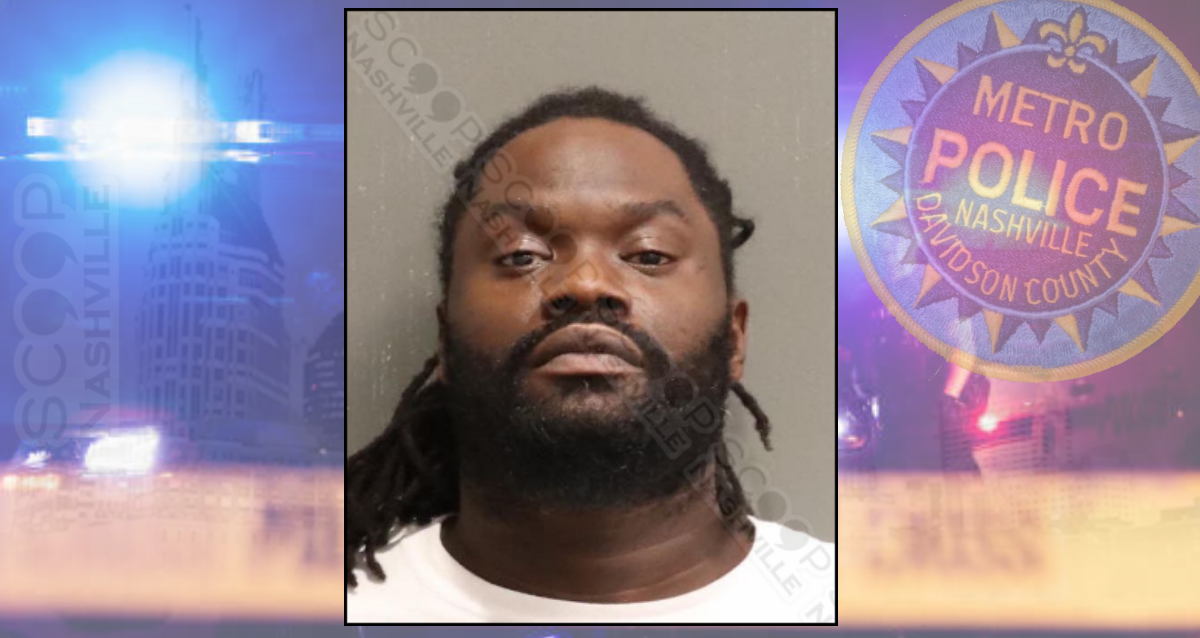 39-year-old Eddie Allen has been fired from his job and criminally charged with assault after slapping a co-worker on the buttocks, according to a warrant he was booked into the Metro Nashville Jail on over the weekend. Allen is free on pre-trial release. 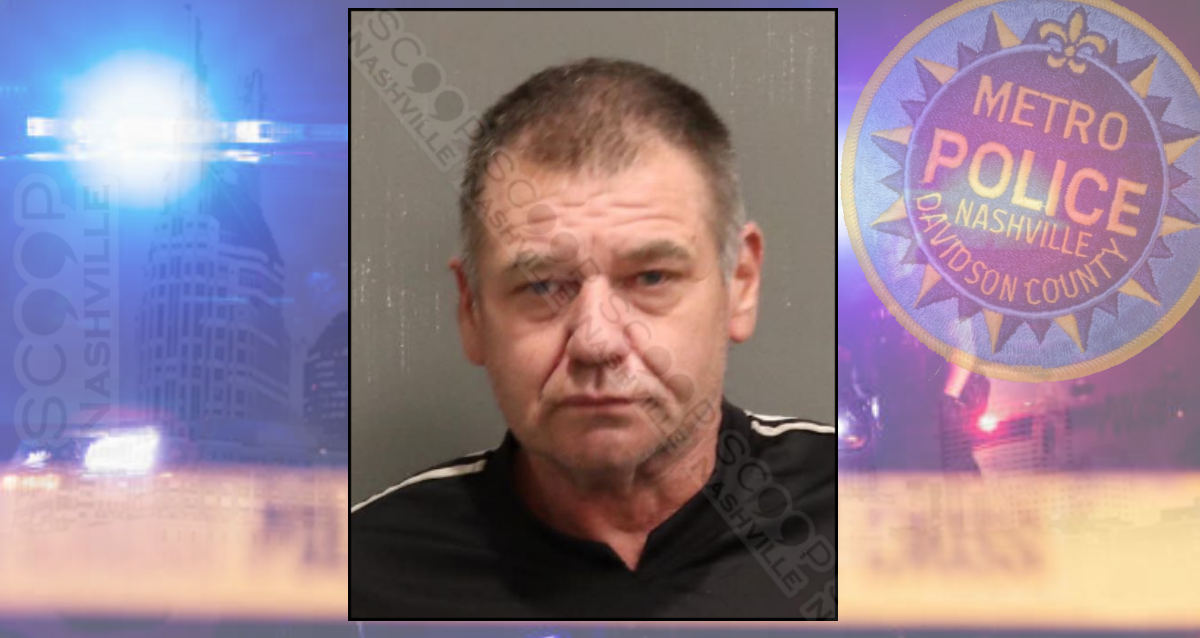 Mitchell was then placed into custody for public intoxication. On the way to booking, Mitchell stated, “if I wasn’t half-drunk already, I’d pour you a drink” and “I’ve been high for 17 years”. 54-year-old Tony Earl Mitchell was booked into the Metro Nashville Jail on Sunday. 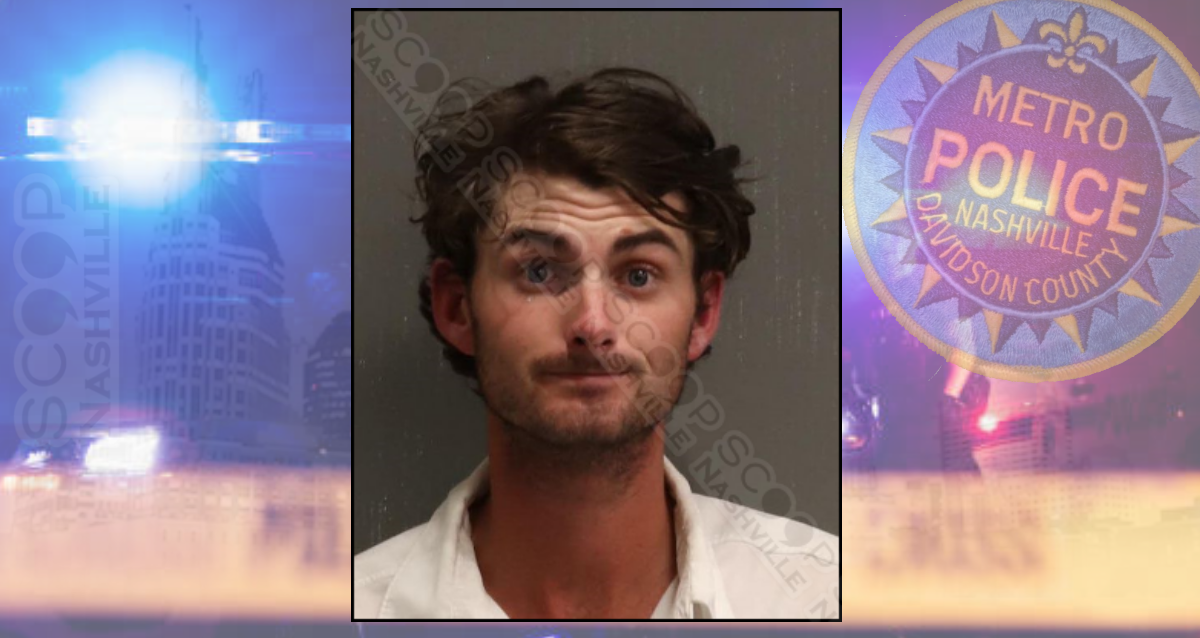 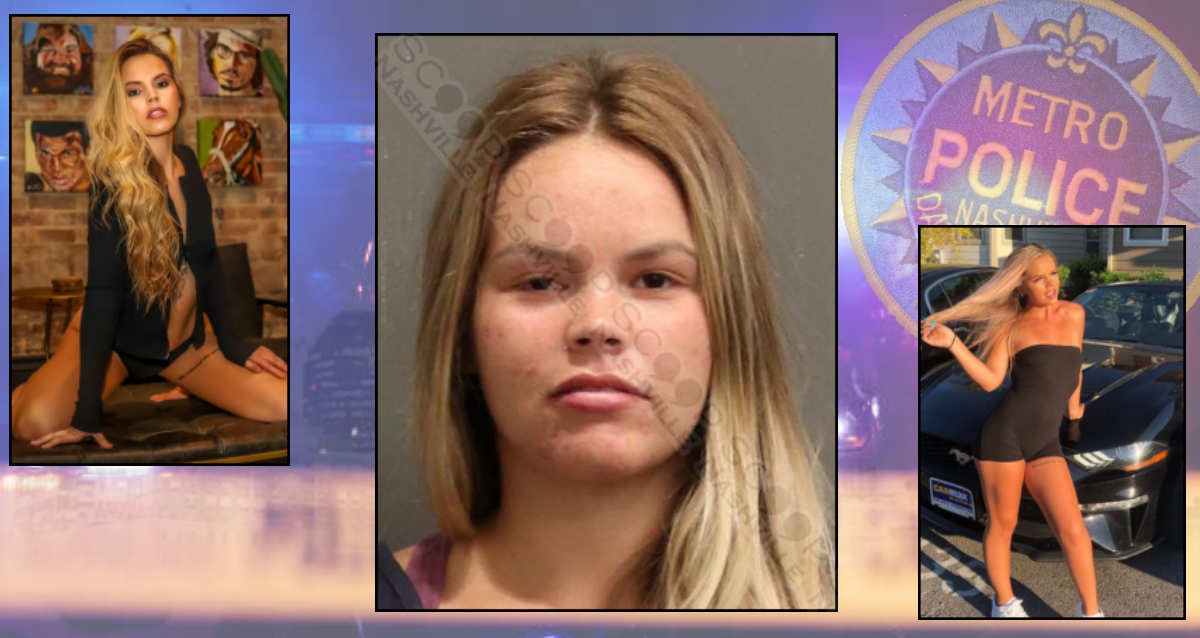 Metro Police say 23-year-old Savannah Leigh Shrum held up her right hand and extended her middle finger to the officer who was attempting to pull her over as she traveled over 90 mph in her Mustang Thursday at lunch, making it “clear she wasn’t going to stop”. The aspiring model, who has a modest Instagram following, sped away while the officer fell back and ran her license plate to secure a warrant for her arrest. 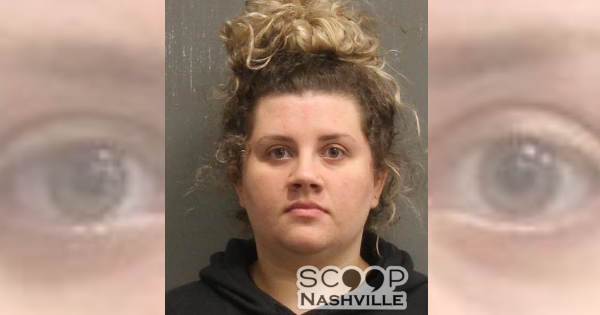 25-year-old Tess Tomes is charged with felony aggravated assault and felony reckless endangerment after she found her boyfriend at a local drive-thru, and as she prepared to follow him home – so did his other girlfriend, Brandi Adams, who was in line behind him. She’s accused of ramming the other girl’s car. Tomes’ two children were in the car with her during the assault.