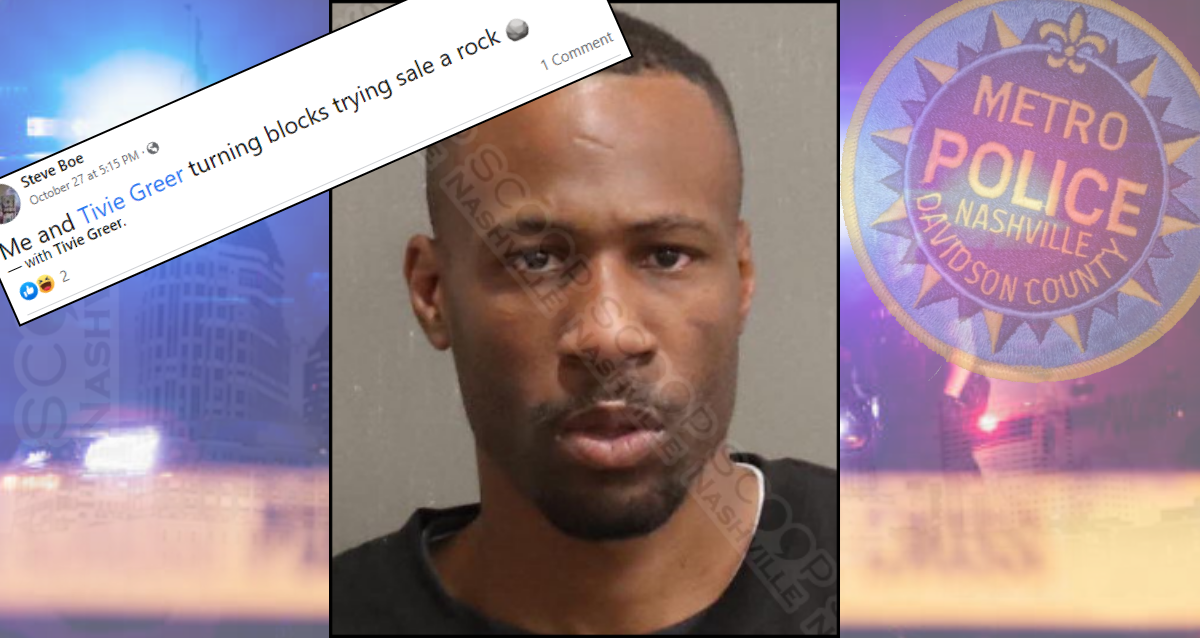 Undercover detectives working the downtown district Friday night approached 31-year-old Tivie Greer and asked to buy some cocaine from him. They agreed on $100, and the transaction occurred at 329 Broadway (Honky Tonk Central). Detectives moved in and took Greer into custody. The white powder he sold police was not actually cocaine or any known drug. Greer was transported to booking and left three small rocks in the patrol car as he exited. These were the actual cocaine and tested positive, along with two additional baggies and some marijuana that was found as he was being processed. Greer is charged with selling counterfeit drugs, possessing actual drugs, and bringing drugs into jail. 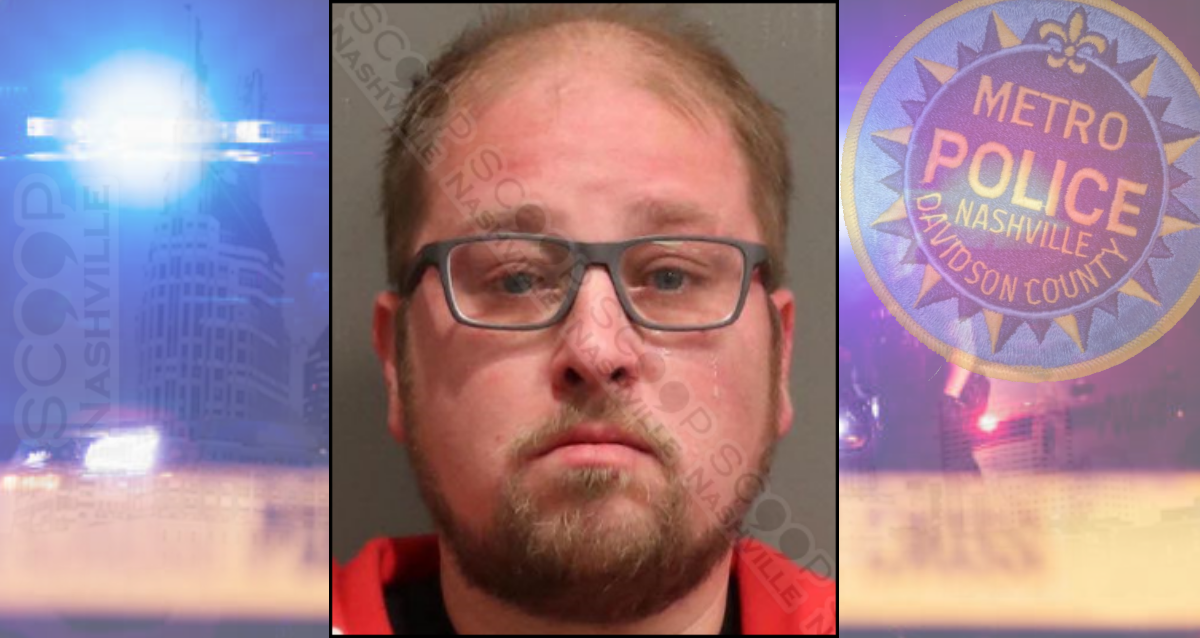 37-year-old Brett Borgia woke up inside a stranger’s car in downtown Nashville Sunday morning with an officer looking back at him. A citizen had called police to report there was a man sleeping inside her car. The man, identified as Borgia, reeked of alcohol, and had broken the windshield wiper control during his slumber. He told police he had been out drinking but doesn’t remember anything else, including which hotel he was staying at, or how he ended up in the vehicle. Due to his continued level of extreme intoxication, he was taken into custody and charged with public intoxication. 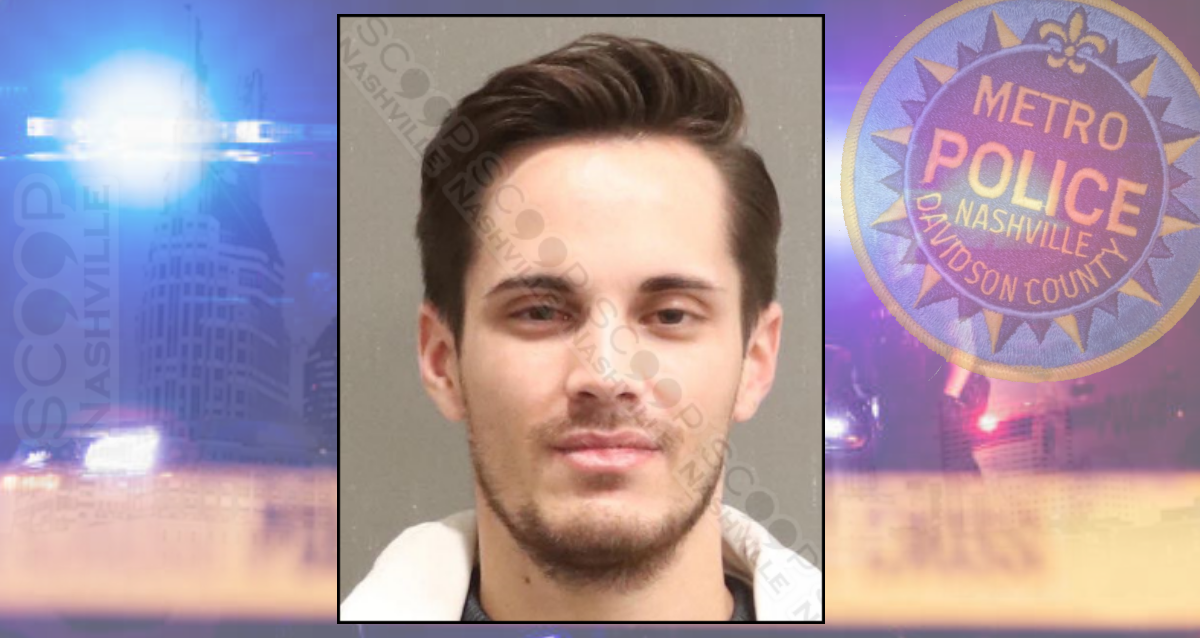 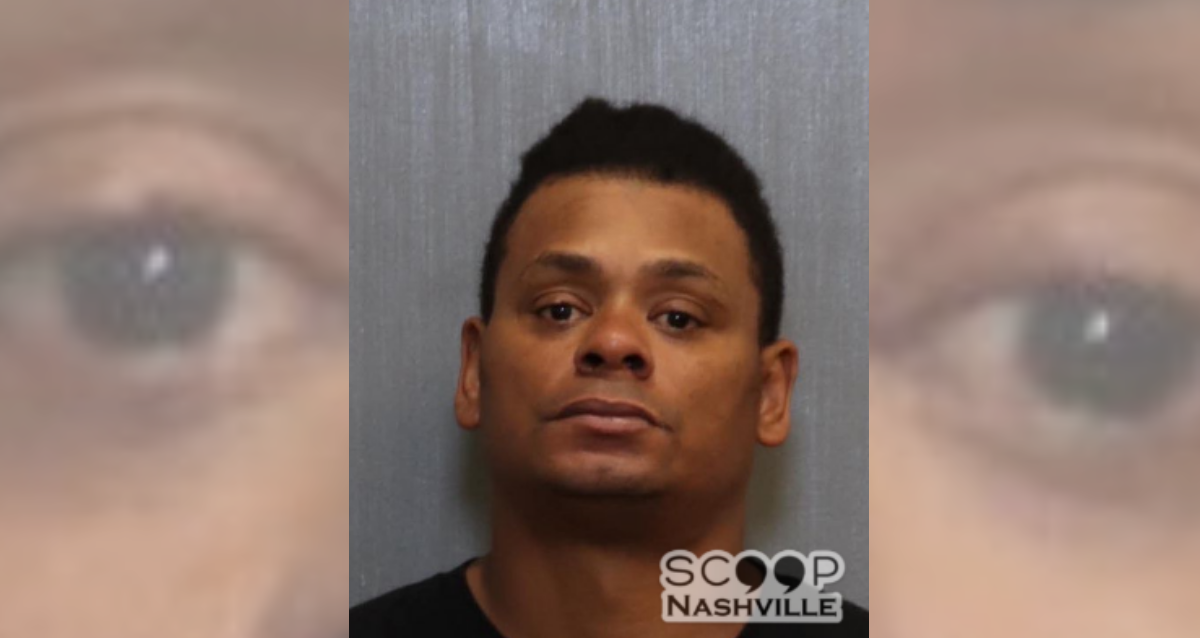 A California woman says she was visiting her 39-year-old boyfriend Rickey Bates at his SkyHouse Nashville residence on Saturday when he punched her in the face, causing her to quickly become covered in blood. She called 911 and a call taker heard her pleading for help, but the call suddenly disconnected. When dispatch called back, he told them it was ‘just a butt dial’. When officers arrived, they found her face and hands still covered in blood from the assault.